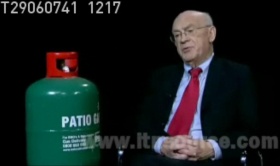 In discussions of terror it is worth asking what evidence is presented to define a combatant as a "terrorist" as opposed to a "freedom fighter" or a member of a country's resistance against an occupying power.

Although terrorologists and their associated think tanks offer a limited understanding of violence, it is these experts on whom occupying states rely to determine policy and the response to violence aimed at those states. The policy options offered by terrorologists usually entail increasing policy/military power, and not limiting or changing the occupier's foreign policy.

Some terrorologists' main function is to discuss "terrorism" for propaganda purposes. These experts aim to provide an explanation of a terrorist act, which becomes the official one. They portray terror as irrational and evil. These terror pundits often appear on CNN/BBC etc. after a terrorist outrage to provide lists of possible terror culprits. The standards of evidence are often low, and the scrutiny of their statements or publications is equally low.

As to the origins of many terrorologists, the Cold Warriors of yesteryear, left without a Soviet enemy, have now mostly refocused on a new enemy: Arabs and Islam.