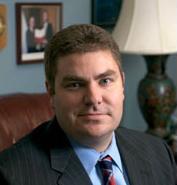 Devost holds a B.A. degree from St. Michael's College and a Master of Arts Degree from the University of Vermont.[2] He completed his MA in 1995 with the submission of a thesis titled ‘National Security in the Information Age’[3]

Devost is President and CEO of the Terrorism Research Center. He is referred to as a founding director of the Center, which was formed in 1996, suggesting that he has worked there since that date. (although the first reference to Devost being at the Center, was on CNN on 5 January 2000[4]) In the late 1990s Devost was also a Director of Intelligence Analysis for Infrastructure Defense (iDefense)[5] where he led an analytical team identifying infrastructure threats, vulnerabilities and incidents for large corporate and government clients including Microsoft and Citigroup. [6]

As well as heading the Terrorism Research Center, Devost is an Executive Director and co-founder of Technical Defense[7] and the Director of Operations at Security Design International[8]

In February 2007 the Terrorism Research Center was bought up by Erik Prince’s Prince Group and merged with Technical Defense, and Cofer Black's consulting group, the Black Group.[9] Devost was appointed President of the new company Total Intel.