Neal Allen Pollard is a terrorism expert and an affiliate of several academic institutions and corporate entities. In particular he is associated with the Terrorism Research Center and the network of corporate security firms connected to it.

Neal A. Pollard is Vice President of Hicks & Associates, Inc. Mr. Pollard has over 15 years of experience researching the threat of terrorism, and over ten years of experience in strategy and technology planning for counter-terrorism. He is a consultant to the governments of the United States, United Kingdom, and Sweden, providing legal and substantive expertise on issues of counter-terrorism, intelligence, and critical infrastructure protection. In 1996, he co-founded the Terrorism Research Center, Inc., where he still serves on the Board of Directors and as General Counsel. He is adjunct faculty at the Georgetown University Edmund A. Walsh School of Foreign Service, where he teaches undergraduate and graduate courses on technology and homeland security for the Science, Technology, and International Affairs Program. He is also an Adjunct Professor at the Georgetown Medical Center Department of Microbiology and Immunology, and the Georgetown Public Policy Institute. He holds degrees in mathematics and political science, received his Master of Letters degree in international security studies from the University of St. Andrews, Scotland, and received a J.D. cum laude from the Georgetown University Law Center.[1] 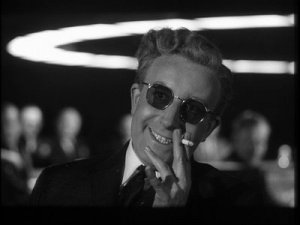 Pollard has a page on the social networking site Facebook.com. His profile picture is Peter Sellers as Dr. Strangelove from Stanley Kubrick's Cold War satire of the same name. His listed friends on facebook include his Terrorism Research Center co-founder Matthew Devost and Magnus Ranstorp of the Centre for Asymmetric Threat Studies at the Swedish National Defence College, formerly of the Centre for the Study of Terrorism and Political Violence at St Andrews. [2]