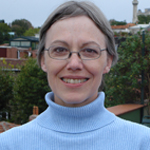 Sidney Jones is director of the International Crisis Group's South East Asia Project and appeared regularly in the media as an expert on South East Asian terrorism.

Jones took degrees in Oriental studies and international relations at the University of Pennsylvania and spent a year at Pahlavi University in Iran. She graduated in 1976 and joined the Ford Foundation as a programme officer. She was sent her to Jakarta to examine Islamic education, and she developed an extensive network of contacts amongst Indonesian Islamists.[1] She left the Ford Foundation in 1984 and a year later was appointed Indonesia-Philippines Researcher for Amnesty International.[2] At Amnesty, Jones defended opponents of the Suharto regime including members of Jemaah Islamiyah.[3] In 1989 she was appointed Asia Director for Human Rights Watch, where she stayed until 2002 when she joined the International Crisis Group.[4]

Jones is often featured in the media as a commentator on Islamist groups in South East Asia. In particular she is considered an authority on the radical Islamic group Jemaah Islamiyah.

In 2004 Jones was expelled from Indonesia by the government as a threat to national security:

Sidney Jones, an American analyst from the International Crisis Group (ICG), said she was issued with the expulsion order on Tuesday. Immigration officials said she was asked to leave due to visa violations. But Ms Jones said the expulsion order may have been prompted by her recent criticism of Indonesia's army and intelligence agencies... As the director of the ICG in Indonesia, Ms Jones is regarded as an expert on the region's militant groups, in particular Jemaah Islamiah, which has been linked to the Bali bomb attacks in 2002... The order comes just days after the head of Indonesia's intelligence services told a parliamentary committee that ICG and 19 other unnamed local non-governmental organisations were a threat to national security.

The ICG's chief, Gareth Evans, said the expulsion order was a blow to press freedom in Indonesia and was driven by "a desire to smother legitimate criticism"... Ms Jones and her Australian colleague Francesca Lawe-Davies - who has also been issued with an expulsion order... The ICG has recently published a number of reports on Indonesia's Islamic extremists, and the separatist conflicts that are simmering in the provinces of Aceh and Papua. The reports criticise the way these situations have been handled, particularly by the army and intelligence services.[5]

The BBC shows that it has a definite view on the case by reporting: 'According to Tim Johnston, a BBC correspondent in Jakarta, there is a fear that Indonesia's security organs are again moving to intimidate their critics into silence.'[6]