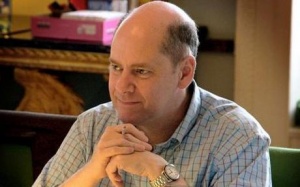 Sir Jonathan Evans is on the board of HSBC Holdings plc since August 2013.

He was appointed Lord Evans of Weardale and became a crossbench peer in the House of Lords in December 2014.[1]

Evans joined the service in 1980 - first working on counter-espionage investigations. In 1985 he moved to protective security policy and advising departmental security officers on the protection of classified information. Evans then worked on implementing policy changes as part of Sir Anthony Duff's modernisation of the service.

During the 1980s and 1990s, Evans had various postings in Irish-related counter terrorism. He worked as head of the Security Service's secretariat ant spent two years in the Home Office.

From 1999 onwards Evans worked on countering the threat from international terrorism. In September 2001, ten days before the 9/11 attacks in the USA, he was appointed to the Security Service's management board as director of international counter terrorism.

According to official MI5 historian Christopher Andrew, Evans was serving in H Branch as H1B/1, when Duff's successor Sir Patrick Walker ordered his superior H1/0 to carry out a strategic review of the service in February 1990. Evans recalled a 'stormy' discussion of the findings by the MI5 Management Board, where the service's legal advisor David Bickford clashed with Walker.[4]

Evans was appointed as G9, head of Middle Eastern counter-terrorism within MI5's G Branch in the autumn of 1998.[5]

Home Secretary Theresa May announced in March 2013 that Evans would step down the following month.[7] He was succeeded by Andrew Parker.[8]

In his first speech after taking over as Director-General of MI5, Jonathan Evans stated that Islamists were "radicalising indoctrinating and grooming young, vulnerable people to carry out acts of terrorism" and were ""...methodically and intentionally targeting young people and children in the UK". The Telegraph reported that according to Jonathan Evans: "MI5 had identified 2,000 individuals who pose a direct threat to national security and public safety but warned the number of potential terrorists living in this country could run to 4,000".Talking about the threat of terrorism and the potential for future attacks, he stated that the threat was so severe that "there is no sign of it reducing".[9]

In February 2009, the Court of Appeal ruled that MI5 must disclose CIA intelligence which showed service's own complicity in the mistreatment of British detainee Binyam Mohamed.[10]

Following the judgement, Evans wrote an article for the Daily Telegraph, arguing that "some of the recent reporting on the supposed activities and culture of MI5 has been so far from the truth that it couldn’t be left unchallenged, particularly against the backdrop of the current severe terrorist threat to this country."[11]

He went on to warn that "our enemies will also seek to use all tools at their disposal to attack us":

That means not just bombs, bullets and aircraft but also propaganda and campaigns to undermine our will and ability to confront them. Their freedom to voice extremist views is part of the price we pay for living in a democracy, and it is a price worth paying because in the long term, our democracy underpins our security.

But we would do well to maintain a fair and balanced view of events as they unfold and avoid falling into conspiracy theory and caricature.[12]

Guardian journalist Richard Norton-Taylor suggested that Evans' article was an implicit attack on the judges who made the ruling, particularly Lord Neuberger, whose draft judgement had accused MI5 of misleading the Intelligence and Security Committee, and of having a "culture of suppression" that does not respect human rights.[13]

At the bank he is currently an independent non-executive director, chairman of the financial system vulnerabilities committee, member of the conduct & values committee and philanthropic and community investment oversight committee.[14]

Evans was hired in the aftermath of HSBC being fined by US authorities nearly $2 billion (£1.3 billion) 'for acting as a conduit for Mexican drug money and sanctions busting'. The financial system vulnerabilities committee was set up to oversee anti money-laundering, tax affairs, possible terrorist funding and relationships with governments and regulators, Evans was announced as chairman of the committee to assist the bank in cleaning up its act.[15]

In March 2015 Evans chose to resign from the board of the publicly-funded National Crime Agency (NCA) due to a perceived conflict of interest with his role with HSBC.[16]