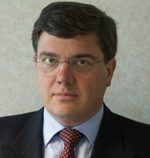 Peter John Michael Clarke (born 27 July 1955) is a former police commander who headed Scotland Yard’s Anti-Terrorism Branch from June 2002 and its successor organisation the Counter Terrorism Command, until his retirement in February 2008. He became the face of the UK police’s counterterrorism operations following the July 2005 London bombings and has been one of the most widely quoted ‘terrorism experts’ in the media.

Despite being a senior adviser to Kellogg, Brown and Root Limited and a former senior adviser to the Olive Group (security and military contractors in Iraq and Libya), he currently sits on the board of Britains Charity Commission and will be overseeing charities that promote peace and human rights.[1]

Peter Clarke was born on 27 July 1955. He joined the Metropolitan Police in 1977 after graduating in Law from Bristol University. In the early part of his career he worked at a number of locations in London in both uniform and detective roles, including periods on murder enquiries and in international drugs intelligence. [2]

There followed postings in strategic planning, as operations head in a central London division, and as Staff Officer to the Commissioner.

In 1993 he was appointed a staff officer to Met Commissioner Paul Condon, [3] and in 1994 he became the Commander of Brixton Division in South London. [4] From April 1995 to January 1996 he was a director of Brixton Challenge Company Ltd, [5] which was set up in 1993 to manage a five-year regeneration programme for the Brixton area, funded by a £37.5 million ‘city challenge’ government grant. [6]

In 1996 Clarke was promoted to a Commander in Specialist Operations Department at Scotland Yard. [7] In 1997 he assumed command of the Royalty and Diplomatic Protection Department, with responsibility for the protection and security of the Royal Family and their residences, the diplomatic community in London and the Houses of Parliament. [8]

In June 2000 he became the Deputy Director of Personnel for the Metropolitan Police, and in June 2002 was appointed as Head of the Anti-Terrorist Branch at New Scotland Yard and National Co-ordinator of Terrorist Investigations. [9] On 2 October 2006 the Anti-Terrorist Branch was merged with Special Branch to form the Counter Terrorism Command, which was led by Clarke. [10] The new body developed closer relations with the secret service, [11] with Clarke acting ‘as the interface between the police and MI5’. [12]

Clarke attended the International Terrorism and Intelligence conferences in 2005 and 2006. Both conferences were held at the Royal College of Defence Studies on Belgrave Square, and hosted by the Centre for the Study of Terrorism and Political Violence of the University of St. Andrews. [14]

In 2006, Clarke shut down the Metropolitan Police's investigation into the News International's phone hacking scandal. He claimed the investigation was 'not a priority', as the Met was busy fighting terrorism, a former senior investigator told the New York Times this claim was 'complete nonsense' and three others confirmed that resources and time had been available. At the same time as shutting down the investigation into News International, Clarke was seen dining with the owner Rupert Murdoch, he claims he was just warning the media of the terror threat and promoting public confidence in police integrity.[1]

On 20 September 2007 Scotland Yard announced that Clarke would step down in January 2008. [15] Clarke’s retirement was delayed for a month as he stood in for his immediate superior Andy Hayman who retired amid allegations of an improper relationship with an official of the Independent Police Complaints Commission. [16] Clarke retired in February 2008. [17]

On 29 April 2008 Clarke was appointed a director of the Crimestoppers Trust, [18] the website of which is sponsored by the Security Industry Authority.

Clarke is a Fellow of the Center on Law and Security at the New York University School of Law. Other Fellows include the terrorism expert Peter Bergen and his collaborator Paul Cruickshank – both of whom are affiliated to the School of Advanced International Studies at Johns Hopkins University – and Sidney Blumenthal, a journalist and former advisor to Bill Clinton.

Clarke was until September 2012 a senior adviser to the Olive Group, a security contractor in Iraq and Libya, one of whose directors is a major Tory donor. He is also senior adviser at Kellogg Brown and Root Limited, a military contractor mired in a seemingly endless string of scandals in Iraq and elsewhere, including for fraud, extortion, money laundering, bribery, breach of contract, false claims, sexual assault, conspiracy, and exposing soldiers to carcinogens, for which a jury found the company guilty of 'reckless and outrageous indifference'.[1]

In 2013 he was appointed to the board of the Charity Commission, and despite being employed by Kellogg Brown and Root Limited - a major war profiteer -, he will be overseeing charities that promote peace and human rights.[1]

In May 2010 Clarke was a signatory of a letter to The Times criticising Liberal Democrat defence and security policies two days before the General Election. The letter criticised the Liberal Democrats for threatening a ‘long-standing cross party consensus about national security.’ In particular it criticised the Liberal Democrats for making ‘no reference to North Korea’ or to Nato in their manifesto, for allegedly advocating ‘a much more distant relationship’ with the US, and for suggesting that they might scrap control orders (under which suspects can be kept under effective house arrest without charge) and Britain’s commitment to developing new nuclear weapons.

The letter argued that, ‘An enhanced European defence and security posture, however welcome, cannot substitute for American power.’ [20] The letter was also signed by Richard Dearlove, the former head of MI6, and Charles Guthrie, a former Chief of Defence Staff and SAS Colonel Commandant. [21]

At an event hosted by the right-wing think-tank Policy Exchange, Clarke recalled how after the July 2005 London bomb attacks he had become, "the face of the investigation," and described how he saw his role as, "explaining to the public what had happened. Not speculating, but describing the facts as I knew them, but only when we knew them to provable standards." [22]

As Clarke's comments suggest, he has had a substantial presence in the media, both as a commentator on specific police investigations and as a commentator on terrorism and security issues more generally. We tracked the names of 435 Terrorism Experts for appearances in major world newspapers between 1 January 2000 and 31 December 2007. Of the 435 'experts' we tracked, Clarke was the fourth most cited, with his name returning 1180 articles. [23]

Terrorism Spin portal editors also tracked appearances by Terrorism Experts on UK Television during the same period. [24] Of the 435 'experts' we tracked, Clarke was the most cited on British TV, appearing a total of 151 times; 85 on ITN and Channel 4 News Items and 66 times BBC News and Current Affairs programmes. [25]