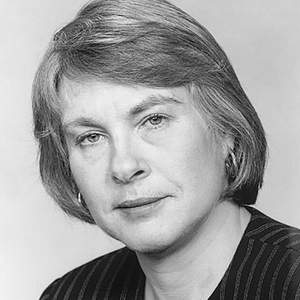 Laurie Mylroie is a neoconservative terrorologist and think tanker who argued that there was a link between Iraq and Al Qaeda. Prior to the 1991 Gulf War she was a leading apologist for Saddam Hussein's regime. She was an associate professor at the U.S. Naval War College and an advisor on Iraq to Bill Clinton in his 1992 campaign for President. She is now an adjunct fellow at the American Enterprise Institute.

Mylroie has claimed that 'The New York FBI office...strongly believed Iraq was behind the 1993 Trade Center attack,' but that, 'The Clinton White House did not want to hear that and FBI Headquarters accommodated.' [1] Mylroie's claims concerning links between Iraq and the 1993 World Trade Center bombing were published in Study of Revenge: Saddam Hussein's Unfinished War Against America (2000).

Her book is based on an examination of the trial documents related to the 1993 bombing. She notes that Abdul Rahman Yasin, an Iraqi-American who mixed chemicals for the explosive, escaped to Iraq soon afterward. The other major Iraqi connection she alleges is that Ramzi Ahmad Yousef, the commander of the operation, was not Pakistani but an Iraqi agent traveling under an assumed identity. Just a few months before the bombing, Yousef claimed he'd lost his passport and got a new Pakistani passport in the name of Abdul Basit. (Yousef had three passports when he was arrested.) Mylroie examined files related to Abdul Basit and his family at the Kuwaiti Interior Ministry and found that various documents are missing, including photos and passport photocopies. She concluded that the files were tampered with during the Iraqi occupation of Kuwait in 1990-91. There is a notation in Basit's file, dating from the occupation period. Mylroie argues that this implies the file was of special interest to the Iraqis. The fingerprint cards in Basit's file matched those for Yousef, and Mylroie contended that the cards were switched by the Iraqis. She concludes that, 'Abdul Basit and his family were in Kuwait when Iraq invaded in August 1990; that they probably died then; and that Iraqi intelligence then tampered with their files to create an alternative identity for Ramzi Yousef.' [2]

Richard Perle, a leading neoconservative and an advisor on national security to several U.S. presidents, described her book in a blurb on the back of it as "splendid and wholly convincing." [3] However, her views with respect to the Saddam Hussein and al-Qaeda connection are decidedly in the minority, and she has been criticized by many terrorism experts. CNN reporter Peter Bergen, for example, calls her a 'crackpot' who claimed that 'Saddam was not only behind the '93 Trade Center attack, but also every anti-American terrorist incident of the past decade, from the bombings of U.S. embassies in Kenya and Tanzania to the leveling of the federal building in Oklahoma City to September 11 itself.' [4] Bergen notes that Mylroie's argument depends entirely on 'a deduction which she reached following an examination of Basit's passport records and her discovery that Yousef and Basit were four inches different in height. On this wafer-thin foundation she builds her case that Yousef must have therefore been an Iraqi agent given access to Basit's passport following the Iraq occupation. However, U.S. investigators say that 'Yousef' and Basit are in fact one and the same person, and that the man Mylroie describes as an Iraqi agent is in fact a Pakistani with ties to al Qaeda.' Bergen claims that 'an avalanche of evidence' refutes Mylroie's basic assumption. [4]

Daniel Benjamin, a senior fellow at the Center for Strategic and International Studies, writes that 'Mylroie's work has been carefully investigated by the CIA and the FBI...The most knowledgeable analysts and investigators at the CIA and at the FBI believe that their work conclusively disproves Mylroie's claims...Nonetheless, she has remained a star in the neoconservative firmament.' [5]

According to former White House Counterterrorism Coordinator Richard Clarke, Paul Wolfowitz invokes Mylroie's book Study of Revenge to allege a link between Iraq and the 1993 WTC attack during the very first meeting of the deputies of the National Security Council on 30 April 2001.[6] Earlier in the year James Woolsey had travelled to London in an attempt to confirm Mylroie's thesis. After September 11 he would visit again with the blessing of Paul Wolfowitz. The trip caused much consternation at the State Department and the CIA who only found out about it after the Welsh police called the US Embassy to confirm if Woolsey was indeed on official business as he claimed.[7]

Mylroie publishes an article in the Wall Street Journal alleging that Iraq was behind the attacks.[12] The message is reinforced by James Woolsey and British neonconservative Michael Gove.[13][14] Both reference Mylroie's work.

Mylroie joins Newt Gingrich, Jeane Kirkpatrick and David Wurmser at an AEI panel to press the case against Iraq. Later the same day Mylroie appears on Fox’s O’Reilly Factor to allege that Iraq carried out the ’93 WTC bombing. ‘It would be good to get rid of Bin Laden,’ she opines, but ‘It wouldn't be as meaningful as getting rid of Saddam Hussein's regime.’[15]

Dick Cheney appears on NBC's Meet The Press for his infamous 'dark side' interivew. In the interview he emphatically rejects a connection between Iraq and the 9/11 attacks.

Mylroie once again presses the case against Iraq, and, once again, Woolsey echoes the charge referencing Mylroie’s work.[16][17]

Despite the outlandishness of Mylroie's claims, her work enjoyed the patronage of key influential figures. These include:

Though the book bears a glowing blurb from former CIA office Vince Cannistraro, when interviewed by Peter Bergen he said: 'My view is that Laurie has an obsession with Iraq and trying to link Saddam to global terrorism. Years of strenuous effort to prove the case have been unavailing.' Of Richard Perle's endorsement, Bergen notes: 'Having blurbed her first book as "wholly convincing," Richard Perle now says that "not everything she says is convincing"'.

The book also received an endorsement from journalist David Rose who was making similar claims at the time based on the claims of unnamed official sources and the false testimony of INC defectors.[19]