Walter Zeev Laqueur (born 26 May 1921) [1] is a German/Polish born historian, political commentator, terrorologist and Zionist, who escaped the Nazi's and fled to Palestine in 1938, later living and working in the UK and US. 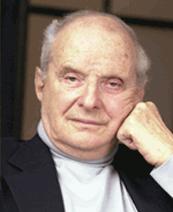 Walter Laqueur in a photo from his own website

Laqueur was born on 26 May 1921 in Breslau, Germany (modern Wrocław, Poland) to a Jewish family. He attended local schools in Breslau, and graduated from Johannes Gymnasium (St John's High School) in February 1938. That November he left Germany for the British Mandate of Palestine. His parents, Fritz and Else Laqueur, who were unable to leave, later died in the Holocaust. He lived in Palestine/Israel 1938-53 and since then in the UK and USA. [2]

Laqueur left Israel in 1955, going first to London and then to the US.

In Israel and Paris

Laqueur attended the Hebrew University, Jerusalem in 1938/9. He then joined a Kibbutz, and worked as an 'agricultural laborer' from 1939-1944. [3] From 1944-53 he moved to Jerusalem and worked as a journalist 1944-1953, covering 'Palestine and, for several years, other Middle Eastern countries.'[4] The book notes on his Autobiography state that 'After the war, he reported firsthand on the founding of Israel and the bloody siege of Jerusalem that followed. He knew everyone of note in the small state of Israel - Weizmann, Ben-Gurion, Sharett, Meir.' [5]

In 1953 Laqueur became involved with the Congress for Cultural Freedom, a CIA front group which had been set up to spread anti-communist propaganda amongst European intellectuals. Laqueur writes that he 'visited the headquarters of the Congress for Cultural Freedom in Paris for the first time in May 1953.' According to Laqueur, he had ‘been recommended by George Lichtheim', who had told the head of the Congress Michael Josselson that he was 'some latter-day Rastignac, a young man from the provinces, unpolished, a self-made man but of a certain promise, eager to continue his education in Europe.’ [6] Laqueur's cousin Nicholas Nabokov was also Josselson’s ‘nominal boss’. [7]

That summer Josselson introduced Laqueur to the political and intellectual figures around the Congress including the philosopher Raymond Aron and the anti-communist trade unionist Irving Brown. Laqueur then accepted Josselson's offer that he become the Congress's corespondent in Israel. [8]

A 1956 article in the Guardian states that Laqueur ‘first made his mark as a political commentator under the name 'Mark Alexander’, suggesting that he used that pseudonym in this period. [9]

In 1955 Laqueur moved to London, where he edited the Congress funded journal Soviet Survey (which later became just Survey) which was dedicated to scrutiny of the Soviet Union. He was later joined as co-editor by the London based anti-communist polemicist Leopold Labedz. [10] In 1957 he was appointed a visiting professor at Johns Hopkins University. [11]

According to Fred Landis, during his time in London, Laqueur was also the 'principal director' of a Congress funded propaganda operation called Information Bulletin Ltd. Information Bulletin Ltd was the first of a series of CIA funded propaganda opertions. It later became Forum Information Services, which then became Forum World Features. [15] Laqueur's involvement is not mentioned in his account of his career on his own website.[16]

In 1967 Laqueur moved to the United States where he appointed Professor of the History of Ideas at Brandeis University, a position he held until 1971. [17] In 1969 he was appointed a member of the International Research Council of the Center for Strategic and International Studies (CSIS) at Georgetown University. [18]

During the 1970s Laqueur became one of a small group of 'terrorism experts' who formed the nucleus of what was to become a highly influential, and arguably highly compromised, academic field. 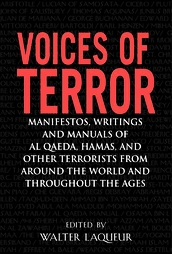 Laqueur's academic interest in terrorism appears to date back to the mid-1970s. In 1975 he published an article in the Journal of Contemporary History called 'Origins of Guerrilla Doctrine',[19] and in 1976 his book Guerrilla was published. In 1976 he also wrote two articles for Harpers on the subject of terrorism. [20]

In 1977 he wrote a further article on terrorism in the Journal of Contemporary History [21] and his book Terrorism was published. The book has been highly influential in its field. One study found it to be the second most cited book on the subject. Interestingly the same study found that its influence has grown dramatically in recent years, finding that it had moved from being the tenth most cited publication in 1983 to the second most cited in 2003. [22]

In September 1977 it was announced that Laqueur had been appointed university professor in the Department of Government at Georgetown University. The report stated that Laqueur was at that time head of CSIS's Research Council, a position he held until 2001. [24]

His main works deal with European history in the 19th and 20th century, especially the Russian history , German history and the Middle East. He written on many topics from the German Youth Movement, Zionism, Israeli history, the cultural history of the Weimar Republic and Russia, Communism, the Holocaust, fascism and diplomatic history of the Cold War. His books have been translated into many languages and he was one of the founders of the study of political violence, guerrilla warfare and terrorism. His comments on international affairs have appeared in many American and European newspapers and periodicals. He wrote the foreword to Wilhelm Wulff's book Zodiac and Swastika.

In the mid 1980s researchers wrote to 200 terrorism researchers asking them to comment on a particular definition of terrorism. Laqueur was the only respondent who ignored the question. Instead he stated that in response that: ‘Ten years of debates on typologies and definitions have not enhanced our knowledge of the subject to a significant degree,’ adding that, ‘the study of terrorism can manage with a minimum of theory.’ [25]