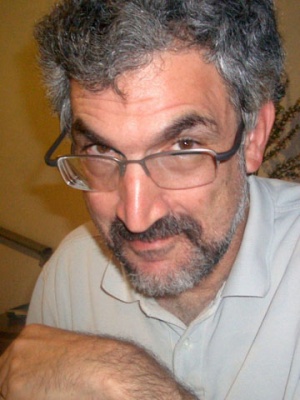 Daniel Pipes is a self-described neoconservative (five years after embracing the designation he withdrew it)[1] who is director of the Middle East Forum, and a columnist for right-wing newspapers. His father is Richard Pipes.

Pipes is a frequent media commentator, mostly on the Middle East and terrorism, who has been criticised for his anti-Muslim views. His columns have appeared in the Atlantic Monthly, Commentary, Foreign Affairs, Harper's, National Review, New Republic, Policy Review, FrontPage, Jerusalem Post and The Weekly Standard as well as several mainstream newspapers.

During the August 2003 Congressional recess, President Bush bypassed the Senate and appointed Pipes, over the objections of Democrats and others, to the board of the United States Institute of Peace.[2]

The Council on American-Islamic Relations, a Washington-based civil rights group, said Pipes is "known for his hostility to Muslims", and called the appointment "a backdoor move" that is "an affront to all those who seek peace".[3]

But as of January 17, 2005, Bush had "failed to take any action to renominate". This was a popular decision:

The nomination of Pipes, who has made a career out of identifying and denouncing what he sees as radical Muslim penetration of American institutions, was opposed by senators Edward Kennedy, Tom Harkin and Christopher Dodd, all Democrats; Arab and Muslim groups, including the Council on American-Islamic Relations and the American-Arab Anti-Discrimination Committee; and Middle East analysts Judith Kipper of the Center for Strategic and International Studies and William Quandt of the University of Virginia." [4]

Pipes received his A.B. (1971) and Ph.D. (1978) from Harvard University, both in history. Pipes speaks French, and reads Arabic and German. He spent six years studying abroad, including three years in Egypt, where his activities included writing a book on colloquial Egyptian Arabic published in 1983. [5] He has been awarded honorary doctorates from universities in Switzerland and the United States. [6]

He has taught at the University of Chicago, Harvard University, and the U.S. Naval War College. He has served in various capacities at the US Department of State and US Department of Defense, sits on five editorial boards, has testified before many congressional committees, and has worked on four presidential campaigns. [7]

By the mid 80s, 'Pipes moved to Philadelphia where he became director of the Foreign Policy Research Institute' attached to the University of Pennsylvania until until 1970. The FPRI was 'created by geopolitician Robert Strausz-Hupé who would be became its eminence grise. Founded in 1955, the institute has been publishing magazine Orbis since 1957... From 1986 to 1993, Daniel Pipes was editor in chief of Orbis. During these years, he published several articles in it welcoming the support of Iraq against Iran, such as the one titled The Baghdad Alternative by Laurie Mylroie. In addition, and along with this young woman, he wrote an article in The New Republic about this topic too.'[8]

Favours profiling and internment of Muslims in the United States

For years, it has been my position that the threat of radical Islam implies an imperative to focus security measures on Muslims. If searching for rapists, one looks only at the male population. Similarly, if searching for Islamists (adherents of radical Islam), one looks at the Muslim population. And so, I was encouraged by a just-released Cornell University opinion survey that finds nearly half the U.S. population agreeing with this proposition. Specifically, 44 percent of Americans believe that government authorities should direct special attention toward Muslims living in the United States, either by registering their whereabouts, profiling them, monitoring their mosques or infiltrating their organizations. That's the good news; the bad news is the near-universal disapproval of this realism. Leftist and Islamist organizations have so successfully influenced public opinion that polite society shies away from endorsing a focus on Muslims. In the United States, this intimidation results in large part from a revisionist interpretation of the evacuation, relocation and internment of ethnic Japanese during World War II.[9]

He wrote in Commentary in April 1990:

There can be either an Israel or a Palestine, but not both. To think that two states can stably and peacefully coexist in the small territory between the Jordan River and the Mediterranean Sea is to be either naive or duplicitous. If the last seventy years teach anything, it is that there can be only one state west of the Jordan River. Therefore, to those who ask why the Palestinians must be deprived of a state, the answer is simple: grant them one and you set in motion a chain of events that will lead either to its extinction or the extinction of Israel.[10]

In 2012, he accused The 99 a comic book with Muslim superheroes of attempting the 'Islamic indoctrination of Western children, already present in schools through textbooks':

In 2003 Pipes declared the MEK (which is currently on the US terror list) a US ally for its potential to provide intelligence on Iran. While Pipes stated that the MEK does not stand a chance of militarily overthrowing the Iranian government, he still recommended that the US government arm them:

Can the MeK be useful? Yes. Western spy agencies are short on "human intelligence" - meaning spies on the ground in Iran, as distinct from eyes in the sky. Coalition military commanders should seek out the MeK for information on the Iranian mullahs' agents in Iraq...

Instead, as the U.S. Army recommends, MEK members should (after giving assurances not to attack Iranian territory) be permitted enough arms to protect themselves from their Iranian opponents. And in November, when the secretary of state next decides whether or not to re-certify the MEK as a terrorist group, he should come to the sensible conclusion that it poses no threat to the security of the United States or its citizens, and remove it from the list of Foreign Terrorist Organizations.[13]

According to Bloomberg Magazine, Pipes was the originator of the false theory surrounding 'no-go zones', in Europe where Shariah law prevails and where non-Muslims, including police, are afraid to go. In 2013, after much ridicule, he admitted himself that they did not exist, and 'regret[ted] having called these areas no-go zones.'. [12]

Daniel Pipes was one of those reviewers who favourably received From Time Immemorial: The Origins of the Arab-Jewish Conflict Over Palestine, [14] a book about which the Zionist historian Yehoshua Porath [15] said:

I am reluctant to bore the reader and myself with further examples of Mrs. Peters's highly tendentious use - or neglect - of the available source material. ... Everyone familiar with the writing of the extreme nationalists ... would immediately recognize the tired and discredited arguments in Mrs. Peters's book. I had mistakenly thought them long forgotten. It is a pity that they have been given new life. [16]

Here is an extract from an article by Joel Beinin on attempts to silence criticism of Israel in US universities:

Another effort to police dissent is focused on those who teach Middle East studies on college campuses. Middle East Forum, a think tank run by Daniel Pipes and supportive of the Israeli right wing, has established a Campus Watch website. After failing in his own pursuit of an academic career, Pipes has evidently decided to take revenge on the scholarly community that rejected him. ... Campus Watch notes that "Middle East studies in the United States has become the preserve of Middle Eastern Arabs, who have brought their views with them. Membership in the Middle East Studies Association (MESA), the main scholarly association, is now 50 percent of Middle Eastern origin." Some Americans have foolishly believed that all U.S. citizens have equal rights regardless of their country of origin and that pointing to peoples' country of origin to discredit them is a form of racism. This too, is outmoded thinking according to Campus Watch. But imagine the uproar that would be created by the suggestion that because Daniel Pipes is Jewish he may be more loyal to Israel than to the United States. [17]

Here is an extract from another article by Joel Beinin on attempts by those behind the magazine to incite hatred of Arabs and Muslims:

Martin Kramer also edits Middle East Quarterly, the house organ of the Middle East Forum, the neo-conservative think tank directed by Daniel Pipes. Pipes has a long record of attempting to incite Americans against Arabs and Muslims. In 1990 he wrote:

'Western European societies are unprepared for the massive immigration of brown-skinned peoples cooking strange foods and maintaining different standards of hygiene. All immigrants bring exotic customs and attitudes, but Muslim customs are more troublesome than most.'

One recent project of the Middle East Forum is Campus-Watch, a website designed to police dissent on university campuses. Its aim was to 'monitor and gather information on professors who fan the flames of disinformation, incitement, and ignorance.' [18]

Here is what Robert Fisk had to say:

Daniel Pipes and Martin Kramer of the Middle East Forum now run a website in the United States to denounce academics who are deemed to have shown "hatred of Israel". One of the eight professors already on this contemptible McCarthyite list -- it is grotesquely called "Campus Watch" -- committed the unpardonable sin of signing a petition in support of the Palestinian scholar Edward Said. Pipes wants students to inform on professors who are guilty of "campus anti-Semitism".[19]

As a frequent commentator, he (Daniel Pipes) has warned that America's Muslims are the enemy within and called for unrestricted racial profiling and monitoring of Muslims in the military.
From his own thinktank in Philadelphia, he has also clashed with fellow scholars, who say his Campus Watch website has initiated a witch-hunt against those he views as critics of Israel or lacking in patriotic zeal.
Within the community of Middle East scholars, he is regarded as extreme. He opposes the "road map" for the Middle East, as he opposed the Oslo peace accords, and objected to efforts to reform the Palestinian Authority. [20]

"Yes, I'm aware that Daniel Pipes of the so-called Middle East Forum sent some puppy out to slime me over at David Horowitz's Frontpagerag. So this is the way it goes with the Likudniks. First they harass you and try to have you spied on. Then they threaten, bully and try to intimidate you. And if that fails and you show some spine, then they simply lie about you. (In this case the lies are produced by quoting half a passage, or denuding it of its context, or adopting a tone of pained indignation when quoting a perfectly obvious observation).
The thing that most pains me in all this is the use of the word "antisemite." Pipes already had to settle one lawsuit, by Douglas Card, for throwing the word around about him irresponsibly.
Israel is not being helped by extremists like Pipes and his associates. It is being harmed, and its very survival is being placed in doubt by aggressive annexationist policies, and by brutal murders and repression, which Pipes and his associates support to the hilt. [21]

Paul Campos comments on Pipes' evaluation of the "internment option":

Now Daniel Pipes, who has claimed that American Muslims are uniquely dangerous because of their potential for disloyalty (a typical quote: "The Muslim population in this country is not like any other group, for it includes within it a substantial body of people… who share with the suicide hijackers a hatred of the United States.") is taking advantage of this climate to suggest that "bothersome or offensive measures" such as internment camps may be the price "we" have to pay for security.
This is a dangerous argument. After all, none of the 9/11 hijackers were American - unlike, for example, Tim McVeigh and Terry Nichols. It would be far more efficient to engage in what Malkin calls "threat profiling" by setting up internment camps for members of far-right political groups than for American Muslims. We can only hope that Malkin and Pipes would at least object to the former proposal.[22]

NOTE: Portions of this article are taken from a corresponding article on Wikipedia.