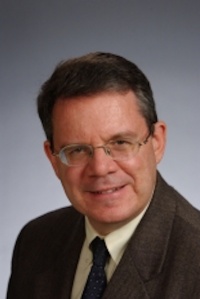 Martin Kramer is an analyst working at the Washington Institute for Near East Policy, since 2002. He is also a senior fellow at the at the Shalem Centre and its Adelson Institute for Strategic Studies, since 2006 and is President-designate of the nascent Shalem College.

Kramer describes himself as "an authority on contemporary Islam and Arab politics".[1] He contributes to Commentary amongst other publications.

Between 2001-2004 he was editor of Middle East Quarterly[2] a quarterly journal publishing mostly largely right-wing analyses of terrorism, Islam and the Middle East. It is published by the Middle East Forum, an American Zionist thinktank founded by Daniel Pipes.

Kramer is a senior fellow Shalem Center a conservative research institute based in Jerusalem and also the Wexler-Fromer Fellow at the Washington Institute for Near East Policy. He has been affiliated with the Olin Institute for Strategic Studies, Harvard University, since 2007[3] where he founded and convened the course Middle East Strategy at Harvard (MESH).

He has also been an Administrator of The Washington Institute Book Prize, since 2008[4]. Formerly he worked at the Moshe Dayan Center for 25 years eventually becoming director.[5]

Kramer lobbied Congress together with Stanley Kurtz and Campus Watch founder Daniel Pipes to closely monitor and intervene in Middle East and other area studies programs receiving 'Title VI' funding. They believed anti-American and anti-Israel attitudes were being fostered in such environments and supported the International Studies and Higher Education Act (HR3077) which would have established a government-appointed board to oversee international studies centers receiving federal money. The board would have recommended to Congress and the Secretary of Education ways to ensure centers "reflect diverse perspectives", which would have created "a clear incentive to hire individuals...who supported existing US policy and were not critical of Israel", according to Mearsheimer and Walt.[6]

AIPAC, the American Jewish Congress and the ADL supported the initiative but while it, and similar legislation in 2005, was approved by the House, Senate did not consider it formally on either occasion. However in 2007 a congressionally mandated National Research Council study of Title VI programs recommended the creation of a presidential appointee to oversee international studies and language programs. Mearsheimer and Walt say that Kramer and Kurt "claimed victory" but argue that "giving a single individual such extensive oversight...raises the worrisome possibility that a future presidential appointee might one day be in a position to implement the Pipes/Kramer/Kurtz program of ideological conformity."[7]

According to Robert Fisk, Kramer at one point ran the Campus Watch website, which Fisk calls "McCarthyite" alongside Daniel Pipes[8]. Currently he is listed as an adjunct scholar to the Middle East Forum which runs the project. Joseph Massad, one of the professors targeted by Campus Watch in 2002 said he was "disgusted by these policing operations by failed academics of the caliber of Kramer and Pipes who opted for a propaganda role on behalf of the racist colonial settlement that they support" and that "such poor research abilities on their part may explain why neither of them is employed at a respectable academic institution and work in the field of propaganda"[9].

Massad has accused Kramer of "virulent anti- Arab racism" and said of his activities on campus:

"What Kramer, Pipes, and their ilk want to achieve is a subversion of the democratic process as well as of the academic process. Their intent is to subvert the academy by deriding its independence and by attempting to make it subject to the national security state and the thought police. As far as the democratic process is concerned, their goals are to suppress dissenting views by defaming them and calling for people to be dismissed from their jobs..."[10]

Kramer has spoken at every Herzliya Conference since 2007 on the following topics:

Kramer earned his undergraduate and doctoral degrees in Near Eastern Studies from Princeton University. During a twenty-five-year career at Tel Aviv University, he directed the Moshe Dayan Center for Middle Eastern and African Studies; taught as a visiting professor at Brandeis University, the University of Chicago, Cornell University, and Georgetown University; and served twice as a fellow of the Woodrow Wilson International Center for Scholars in Washington.[18]

In his book Ivory Towers on Sand, Kramer argued that Middle Eastern Studies centers in United States universities were dominated by left-wing, anti-American and anti-Israel professors who imposed their views on students. Elsewhere he has broadened this critique, saying:

"The problem, of course, is that American academe is obsessed with Palestine, to the exclusion of nearly everything else. Many professors are tenured homing pigeons. Set their minds aloft anywhere from the High Atlas to the Hindu Kush. They will wind up flying to Jerusalem and congregating on the esplanade of the Dome of the Rock. Every issue must somehow be processed and reduced to an aspect of the Arab-Israeli conflict. And the underlying theory is this: Israel is responsible for everything that goes badly in the Middle East, and if the linkage is not apparent, it is the scholar’s duty to claim otherwise — by bald assertions."[20]

Comments about aid to Palestinians

At the Tenth Annual Herzliya Conference in 2010 Kramer gave a short speech in which he linked population growth and especially a large proportion of young men in a society with radicalization and violent extremism, saying this could be countered through population control measures and would "happen faster if the West stops providing pro-natal subsidies for Palestinians with refugee status." [21] Critics branded this "genocidal", since the definition of genocide in the UN Convention on the Prevention and Punishment of the Crime of Genocide includes measures “intended to prevent births within” a specific “national, ethnic, racial or religious group.”[22]

Although when contacted one of the directors of the Weatherhead Center at Harvard is said to have originally agreed that the sentiments were "appalling"[23], shortly afterwards the directors publicly issued a collective statement which dismissed these accusations as "baseless".[24]A coalition of students expressed concern at the comments and the university's response.[25]Kramer published an blogpost calling Electronic Intifada - the source of some of the original complaints - a "death to Israel website".[26]

On American support for Israel

Kramer has argued that the USA supports Israel not because of "Holocaust guilt or shared democratic values" but because aid to Israel "underpins the Pax Americana in the Eastern Mediterranean" and provides "a low-cost way of keeping order in part of the Middle East."[27] John Mearsheimer and Stephen Walt argue that this interpretation "exaggerates the benefits of this relationship and understates the costs"[28]

Kramer has also said that he knows of no "unbiased terrorism expert" who believes "American support for Israel is the source of popular resentment, propelling recruits to al Qaeda."[29]

On alleged Israeli support for the invasion of Iraq

Kramer has written that it is "simply a falsehood" to link Israel and the lobby with the invasion of Iraq, claiming that "in the year preceding the Iraq war, Israel time and again disagreed with the United States, arguing that Iran posed the greater threat."[30] Mersheimer and Walt disagree, arguing that "top Israeli officials were doing everything in their power to make sure that the United States went after Saddam" and were "convinced that Bush would deal with Iran after" though "they might have preferred that America focus on Iran before Iraq".[31]

On the Israel lobby

Kramer has downplayed the influence of the pro-Israel lobby, suggesting that "if the institutions of the lobby were to disappear tomorrow, it is quite likely that American and other Western support [for Israel] would continue unabated."[32] However Mearsheimer and Walt claim that "Kramer's own career suggests that he does not believe his own argument, as he has devoted considerable time and effort to defending U.S. support for Israel and attacking those who question it."[33]