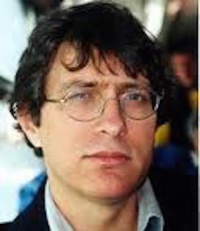 Dr. Shmuel Bar is Director of Studies at the Institute of Policy and Strategy in Herzliya, Israel and a member of the Herzliya Conference's steering team. He is also an adjunct Senior Fellow at the Hudson Institute and was the 2007 Distinguished Koret Visiting Fellow at the Hoover Institution at Stanford University.
Dr. Bar served for thirty years in the Israeli government, first in IDF Intelligence and then in the Office of the Israeli Prime Minister. He is a specialist in the ideology and operational codes of Islamic fundamentalist and Jihadi movements, including al-Qaeda. During this period he also served as First Secretary at the Israeli Embassy in The Hague, Netherlands. Since 2002, Dr. Bar has published extensively on issues relating to the Middle East, including deterrence theory, radical Islamic ideology, Iranian defence doctrine, and Syrian leadership. Dr. Bar holds a Ph.D. in History of the Middle East from Tel-Aviv University.[1]

This paper analysed what it interpreted as an anti-Semitic campaign of "incitement against Israel and the Jews":

This incitement campaign is visible in leading Arab media channels, such as Al Jazeera, and in Western channels that follow suit; in international forums, primarily the United Nations; in trade boycott initiatives, mainly in Europe; in boycotts on Israeli experts and academics in universities and international conventions; in legal action taken to prevent senior Israeli politicians and military commanders from entering into Europe; and other such measures.[3]

The paper claimed that "Oftentimes, false or manipulative information, which includes implicit incitement against Israel, originates from foreign and pro-Palestinian Israeli non-governmental organizations (NGOs)." In this respect, it singled out three European aid agencies, Diakonia, Trocaire and Christian Aid.[4]

The paper recommended a range of responses including:

"Together with academia in Israel and abroad and with pro-Israeli organizations abroad, systematic, ongoing research, of all anti-Israeli publications, including media analyses, reports, boycotts and oncampus activities, and immediate responses and counterattacks."[5]

"Filing action, both by the Israeli government and by independent entities in Israel and abroad, against media networks, publications, NGOs and individuals that make defamatory reports"[6]

"International law on terrorism should be updated and adjusted to enable Western countries, including Israel, greater freedom in their war on terror, such that necessary actions are not considered violations of human rights or even war crimes."[7]