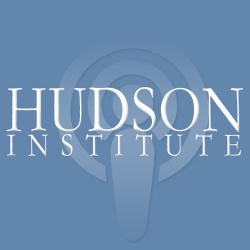 The Hudson Institute was founded in 1961. It is a right wing think tank "dedicated to thinking about the future from a contrarian point of view", according to its literature. [1]

The Hudson Institute has published books and reports on everything from military strategy and national security, to agriculture and the environment, to trade, labor, and economic development, to health care, welfare, and education, but the primary focus is on 'free trade' and competitive enterprise and a strong military. (Founder Herman Kahn was a physicist and military strategist who suggested that nuclear war was winnable.)[3]

One of the Hudson Institute's fundraising pages carries quotes from "our Family of Generous Supporters and Friends". One quote is from Henry Kissinger, former US national security advisor and secretary of state in the Nixon administration, who says:

Hudson Institute is today one of America's foremost policy research centers, in the forefront of study and debate on important domestic and international policy issues, known and respected around the globe, a leader in innovative thinking and creative solutions to the challenges of the present and the future. [4]

"Hudson Scholars" listed as specializing in "biotechnology" on the Hudson Institute website in 2002 include Michael Fumento, a Senior Fellow, Dennis Avery, a Senior Fellow and Director of the Center for Global Food Issues at the Hudson Institute; and Alex Avery, director of research and education at the Center for Global Food Issues.[5] All have published numerous articles.

Dennis Avery has published many articles attacking organic farming. In American Outlook magazine, which is published by the Hudson Institute, Avery claimed that "Organic foods have clearly become the deadliest food choice" on the basis that organic farms use animal manure, which Avery said can carry dangerous E. coli bacteria.[6]

New York Times journalist Marian Burros replied to Avery in an article, "Eating well: Anti-organic, and flawed", detailing what she called the "untrue" claims of Avery about organic farming and food. Burros writes that:

The attack on organic food by a well-financed research organization suggests that, though organic food accounts for only 1 percent of food sales in the United States, the conventional food industry is worried. [7]

According to its 2002 Annual Report, the following are members of the Hudson Trustees’ Circle which donated more than $25,000 – it is not the full list: [12]

According to its 2002 Annual Report, funders in this group include: [13]

According to its 2002 Annual Report, funders in this group include: [14]

Links to the Bush Administration

The institute also runs a number of projects with specific focuses:

Principals and board members