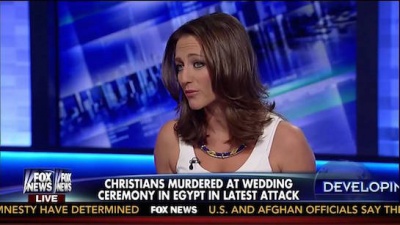 Brooke Goldstein is the director of the Lawfare Project a human rights attorney, filmaker and author. She was director of the Middle East Forum's Legal Project from 2007 until 2009.

She is currently an associate fellow at the UK-based Henry Jackson Society and a Lincoln Fellow at the Claremont Institute.

Brooke Goldstein is Director of the Legal Project at the Middle East Forum, a non-profit organisation committed to the protection of the right to free speech for authors and experts who address issues of radical Islam, terrorism and its sources of finance.
Brooke Goldstein is also an adjunct fellow at the Hudson Institute, and the founder and Director of the Children's Rights Institute, a not for profit organisation combating state-sponsored illegal recruitment and incitement of innocent Muslim children as suicide bombers, and child soldiers. Goldstein is an award-winning documentary film producer. For her latest film, The Making of a Martyr, Goldstein received the 2006 Audience Choice Award for Best Film at the UN Documentary Film Festival. Goldstein has published articles in the New York Daily News, the New York Sun and other publications, and has appeared as an expert commentator on FOX News, CNN and other shows.