Reform is a free market think-tank which describes itself as ‘an independent, non-party think-tank whose mission is to set out a better way to deliver public services and economic prosperity’. 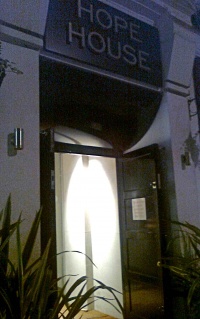 They ‘believe that by liberalising the public sector, breaking monopoly and extending choice, high quality services can be made available for everyone.’

Their vision is 'of a Britain with 21st Century healthcare, high standards in schools, a modern and efficient transport system, safe streets, and a free, dynamic and competitive economy'. [1]

In a March 2009 presentation Tim Montgomerie and Matthew Elliott described Reform as part of the infrastructure of the conservative movement in Britain.[2]

Reform was launched by Andrew Haldenby, Nick Herbert and Patrick Barbour in 2002. In October 2001, The Times reported having seen a strategy document for the future think-tank which stated that it would be modelled closely on Washington’s Heritage Foundation. The article said Reform would be launched in the New Year, ie early 2002. [3]

Reform was incorporated as a not-for-profit company on 4 December 2001 under the name Reform Britain. The Daily Telegraph reported that it was run by its founders Andrew Haldenby and Nick Herbert, as well as media executive James Bethell.[4]

In May 2004 Reform registered an associated charity the Reform Research Trust. Amongst the new charity’s objectives were to “educate the public on public policy issues, in particular in relation to public services and the economy”. [5]

Reform describes itself as determinedly independent and states that none of its research is funded by either companies or individuals.

Other previous funders include: Legal & General, Scottish Widows, Aviva, Benenden insurance, Gen Re (reinsurer of health products) and US health insurance giant UnitedHealth. The industry’s trade body, the Association of British Insurers is also a donor. [7]

During the 2010 Conservative Party conference, Reform ran a number of health-related events including, ‘NHS: The new health service’, an invite only event sponsored by Baxter UK, an arm of the American private healthcare company; and ‘Healthy Competition’, a panel discussion between the Minister for Public Health, Anne Milton, and the CEO of private healthcare company General Healthcare Group.

Reform has long advocated free-market reforms to the NHS. It believes that the government should 'grasp the nettle on how health services are financed,' and that 'the Coalition has missed the real opportunity for NHS reform'. [9]

It has argued that 'Co-payments and user charges', should be part of the NHS and the government should do more 'to encourage the greater role of insurance'.[10]

In March 2014 Reform published a report Solving the NHS care and cash crisis. Its recommendations included that:

People in England should be forced to pay a £10-a-month NHS "membership charge" (to save the service from ruin)
People staying overnight in hospital should pay ‘hotel charges’.

Reform is funded by companies which would benefit greatly from the introduction of changes to the way we pay for healthcare. These have included General Healthcare Group, the UK’s largest private hospital firm, but more significantly a large number of corporations in the private health insurance industry.