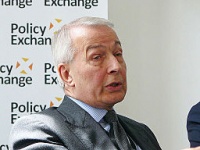 Frank Field has been the Labour Party MP for Birkenhead since 1979.[1] He is also a member of the advisory council for the Centre for Social Justice.[2]

He was elected co-chair of the Commons select committee on Science and Technology in June 2015. [4]

In 2011 Field campaigned with Conservative MP Nadine Dorries and anti-abortion lobbyists to create a counselling service that they hoped would cut UK abortions by 60,000 a year. These views were condemned by the British Pregnancy Advisory Service (BPAS) and Marie Stopes who argued that 'another layer of counselling could cause distress by delaying access to abortions'.[5]