From Powerbase
(Redirected from Ernst & Young)
Jump to: navigation, search 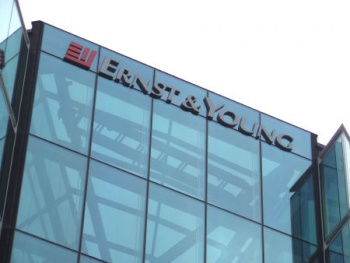 Ernst & Young is one of the largest professional services firms in the world and one of the Big Four accountancy firms.

In February 2013 Ernst & Young was recognised as 'the UK’s strongest accounting and business brand in the influential Superbrands annual league table for 2013'. [3]

In July 2013 the company announced it was globally changing its name to EY, however this was declared a 'rebranding megafail' after the Financial Times pointed out the same name was held by a 'racy Spanish magazine'.

The Big Four accountancy firms were behind almost half of all known [tax] avoidance schemes, the Revenue (HMRC) said in 2006.[4]

Secondments to the UK Treasury

PAC committee chair Margaret Hodge said the accountancy firms' actions represented a "ridiculous conflict of interest". She called for the Treasury to stop accepting their staff to draw up new tax laws. "The large accountancy firms are in a powerful position in the tax world and have an unhealthily cosy relationship with government," she said.[5]

During the UK Coalition government the 'big four' firms have contributed almost £2.5 million to Britain's three main political parties. The contributions are listed as 'non-cash donations', representing the value of staff costs and services (secondments) such as consultancy or advisory and are provided to the party free of charge. Of the £2.5 million from the 'big four', the Labour Party received £1.5 million and the Liberal Democrats received £742,362. EY, traditionally a Conservative donor, did not contribute to any party this legislature with donations reportable to the Electoral Commission.

Under the previous Labour government, the Conservative Party received £1.7 million, including all of EY's £63,989 donation..[6]

Under investigation for audit client lobbying

In January 2013 sources told Reuters that the US Securities and Exchange Commission was investigating whether Ernst & Young had violated US auditor rules by letting its lobbying unit perform work for several major audit clients. The SEC declined to comment on whether it was looking into whether the Washington Council Ernst & Young unit had lobbied on behalf of its audit clients Amgen Inc (AMGN.O), CVS Caremark Corp (CVS.N) and Verizon Communications Inc (VZ.N), which Reuters had first revealed in March 2012. [7]

In 2015 NHS England announced a new list of approved suppliers to the NHS. The list is dominated by outsourcing giants Capita; management consultancies PwC and KPMG; and US health insurer UnitedHealth. NHS England insists the companies who are bidding for contracts to supply support services to the GP-led commission groups will supply a range of back-office functions, cutting procurement times and allowing doctors to focus on how best to spend their £70bn share of the NHS budget.' All of the firms are members of the Commissioning Support Industry Group, a 'low-profile body that affords them regular access to the senior NHS officials overseeing the creation of the new market in commissioning services.' Other members of the Group include management firms Ernst and Young and McKinsey who have also been awarded prominent roles.[8]

As of February 2013 includes recently-appointed, widely-known leaders of tax policy insight including:

The register of consultant lobbyists documents all the clients on behalf of whom Ernst & Young have met with government ministers. The firm has been registered since March 2015, and their listings since 2015 are as follows:

Ernst and Young has produced various widely quoted reports on the potential of shale gas exploration in the UK and Europe including Cracking Europe’s shale gas potential, released 18 December 2013 and Shale gas in Europe- Revolution or evolution.

The firm acts as auditors for the largest UK fracking firm Igas Energy and for Riverstone Holdings who own approximately half of Cuadrilla Resources.