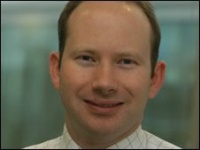 Chris Sanger is the Global Head of Tax Policy and a Partner at Ernst & Young and a former adviser to Gordon Brown in the Treasury who helped to draw up the 1997 energy windfall tax plan. [1]

He is Chairman of the Tax Faculty of the Institute of Chartered Accountants in England and Wales (ICAEW). Sanger is also a member of the Exchequer Secretary to the Treasury’s Tax Professionals Forum.[2]

Sanger joined Ernst & Young as a Partner in January 2005. He was formerly an adviser to HM Treasury, advising the Chancellor of the Exchequer, Junior Ministers and Special Advisers on the reform of the business taxation system. He is National Head of Tax Policy Development at Ernst & Young, and a member of the CIOT Tax Policy Committee and the Tax Law Review Committee of the Institute of Fiscal Studies. [3]

In June 2010 Chris Sanger met with the Exchequer Secretary to the Treasury David Gauke alongside John Whiting, Trevor Evans, Bernard Glass, Stephen Machin, and Steve Edge for a 'discussion' on Corporation Tax reform. [4]

In March 2012, commenting on the 2012 Budget proposals, Sanger was quoted in the Guardian as saying that

"Combined with the announcement on the 50p rate, [the corporation tax cut] reinforces the message that the UK is open for business." [5]

Interviewed in the Tax Journal he also embraced the end of the 50p tax rate and forecast that:

The UK’s arrivals lounges are likely to be booming next year as entrepreneurs respond to a far more positive message from the Chancellor. In his speech, the Chancellor has matched his reforms of the business tax environment by addressing the much maligned 50p rate. By removing this deterrent, the Chancellor has put the substance behind his rhetoric; the UK is open for business. HMRC’s report showed that the first year of the 50p rate generated far less for Treasury coffers than expected, demonstrating the pervasive image that it had portrayed of the UK. The Chancellor pointed out that a rate of 45% brought in broadly the same amount of revenue, without all the negative baggage.

The delay of a year (it takes effect from April 2013) is somewhat surprising, especially as he criticised his predecessor for forestalling. In practice, many people will now plan on 45% but we can still expect income to be deferred until after the 50p rate reaches its death day. [6]