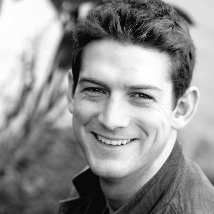 Nick Seddon served as a special adviser to the former UK prime minister David Cameron, from May 2013 to July 2016, for which he earned an annual salary of £88,000. [1] His brief covered health, social care and life sciences. He developed a trusted relationship with Simon Stevens, head of NHS England, with whom he worked closely in devising his blueprint for the future of the NHS. [2]

In February 2017, Seddon became the executive vice president of the US firm Optum, which has been involved in several NHS privatisation initiatives. [3] He has an established career working as a lobbyist for private health firms.

Before joining the Number 10 policy unit, Seddon was deputy director of Reform - a right-leaning free market think tank which receives funding from healthcare and insurance companies.

Before this, Seddon was head of communications for Circle, the first private healthcare company to run an NHS hospital, Hinchingbrooke.

Before joining No 10 under Labour, he also led the ‘cross-government delivery unit for the Health, Work and Wellbeing Strategy’, supporting Dame Carol Black’s review of the health of Britain’s workforce. [4]

Seddon had spoken publicly in favour of charging for NHS services, such as seeing a GP. In a 2010 article, he also called for 150,000 NHS jobs should be axed and criticised Mr Cameron’s promise to raise spending higher, as well for an end to the moratorium on hospital closures. [6]

Seddon's appointment to the private health firm Optum comes just months after him leaving government, and amid concerns the health service could form part of a post-Brexit trade deal between America and Britain, with US insurers and private health companies given the opportunity to provide NHS services.

Optum already provides 156 NHS organisations services such as contract negotiations and medication management. It is part of multinational insurance firm UnitedHealth Group, which made more than $8.4bn in 2015. [7] Simon Stevens, the head of NHS England with whom Seddon has a close relationship, is a former UnitedHealth executive.

On the appointment, Alan Taman of the campaigning group Keep Our NHS Public said:

'[There is a] wafer-thin partition between the previous and this government’s closest advisers on health and the private healthcare industry, with its overriding desire to cherry-pick the NHS'.