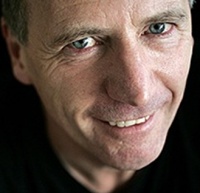 Dennis Hayes is an academic associated with the libertarian anti-environmental LM network. He is the founder and director of Academics for Academic Freedom, is the convenor of the Education Forum for the Institute of Ideas [1] and the East Midlands Salon, has spoken at the Battle of Ideas, adjudged for Debating Matters and written for Culture Wars and Spiked. [2] He has co-written books with Toby Marshall and Kathryn Ecclestone. He is related to Patrick Hayes according to Patrick's Twitter account "#FF @profdhayes, founder of Academics for Academic Freedom, on editorial board of @timeshighered. And a relation of mine...". [3]