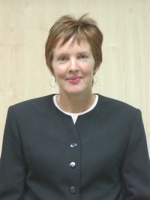 Joan Hoey used the pseudonym Joan Phillips when she wrote for the LM network, contributing, for example, at least 43 articles to Living Marxism between its second issue in late 1998 and issue number 83 in October 1995.[1] She was listed as 'Deputy Editor' on the launch of Living Marxism in November 1988 and then, after disappearing from the editorial team for a while, she became 'Assistant Editor' a post she held until December 1993 (issue 62). She wrote a series of articles for LM Magazine throughout the 1990s questioning Serb nationalist atrocities. She was director of the London International Research Exchange.[2]

Hoey was a long time member of and activist in the RCP. Before joining the Economist Intelligence Unit in 1995, Hoey worked, according to an EIU biographical note, as 'a freelance journalist and analyst covering Eastern Europe.'[3] This account seems to gloss over the fact that she was in fact a prominent activist in the RCP including being 'Deputy Editor' and then 'Assistant Editor' of Living Marxism between 1988 and 1993.

Latterly Hoey turned up as an associate of the Centre for Defence & International Security Studies at Lancaster University.[4] 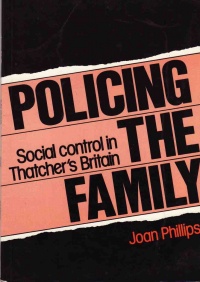 The Institute is described by journalist Charlie Pottins as follows:

another interesting part of the CDISS is a programme on "revolutionary warfare and counter-insurgency". In my day blimps and Daily Telegraph readers would have had a fit if someone told them Lancaster had fostered a department teaching "revolutionary warfare"'! But times change, and this programme aims "to identify the successes and failures of strategies and tactics deployed against revolutionaries and terrorists by democratic states and to make recommendations for both the present and the future".

The programme is headed by Colonel Richard Cousens, former Director of Defence Studies for the British Army, described as "a Counter Revolutionary Warfare specialist with practical experience as an infantry officer. He completed seven operational tours in Northern Ireland with the Light Infantry and served in Hong Kong and Brunei with the Gurkhas. He led the Counter Insurgency instructional team at the British Army Staff College and has studied the relationship between Peacekeeping and Counter Revolutionary Warfare theory. He has had command experience in the counter insurgency environment as a platoon, company and battalion commander."

All of this must make him just the man to impress one of the Centre's associates, Joan Hoey, of the Economist Intelligence Unit. As "Joan Philips" she was a leading member of the Revolutionary Communist Party, "Living Marxism's Balkan expert ... and secretary of the RCP's front Campaign Against Militarism. Unfortunately the list of members and associates seems to have disappeared from the CDSS website, but when I last saw it, most of her fellow associates appeared to be former NATO and allied military personnel. Hoey and her comrades used to sneer at "laptop bombardiers". Now she can rub shoulders happily with real brigadiers.[5]