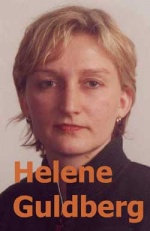 Helene Guldberg in a photo from Amazon.co.uk 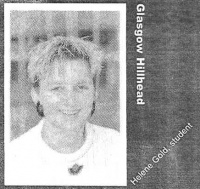 Helene Gold (Helene Guldberg) as RCP candidate in the Glasgow Hillhead constituency in the 1992 General Election as featured in Break out of the grey: Election manifesto of the Revolutionary Communist Party.

Helene Guldberg (DoB 23.10.1965) is a teacher and an associate of the libertarian anti-environmental LM network, having been co-publisher of Living Marxism and co-founder and (current) Managing Editor of Spiked. On occasion in writing for Living Marxism she used the pseudonym Helene Gold. Guldberg studied psychology as a mature student at Edinburgh University sitting her finals in 1989. In 1996 she recalled 'I remember walking out into a lovely summer's day in 1989, after sweating over my final psychology examination at the University of Edinburgh, and thinking "Thank God, that's the last I'll see or hear of Chris Brand!"--the lecturer who set part of the exam, and whose ideas I had fought against in many a seminar over the previous four years.' [1]

'After working as a primary school teacher for a few years', Guldberg obtained a PhD in developmental psychology from the University of Manchester in 1999.'[2] From 1993 Guldberg contributed to the RCP magazine Living Marxism, occasionally using the 'party name' Helene Gold. In 1997 she was appointed director and secretary of Informinc (LM) Limited, and became the publisher of LM the successor to Living Marxism[3] In 2000 she was 'co-founder and Managing Editor of spiked-online, the first custom-built online current affairs publication in the UK.'[2] By 2007 she was teaching 'a post-graduate course in child development (as part of an MA in Education) with the Open University, and an undergraduate course in child development at Centres for Academic Programs Abroad (CAPA) and the Institute for the International Education of Students (IES).'[2] She remains a director of Spiked limited, together with Frank Furedi.[4] 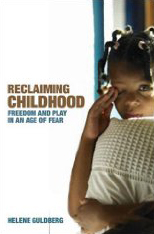 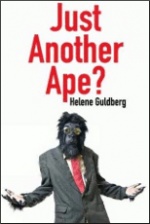 Just Another Ape?, by Helene Guldberg