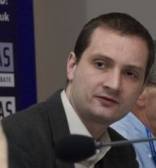 Dolan Cummings is a speechwriter and copy editor and is associated with the libertarian and anti-environmental LM network. In particular, he has written for Living Marxism, is editorial director of the Institute of Ideas, is the editor of Culture Wars, writes for Spiked, has contributed to Debating Matters [1] and WORLDbytes[2] and was a co-founder of the Manifesto Club.[3]

From the Battle of Ideas biography: [4]

Dolan Cummings is Research and Editorial Director at the IoI and edits the IoI’s reviews website, Culture Wars. Dolan’s interests lie in the relationship between ideas and politics, the role of the intellectual, ideology, and religion in public life. He is especially interested in the question of intellectual authority and how it is contested. Dolan firmly believes that politics should start from the needs and passions of the public, and that this puts a premium on open debate and free speech. Most recently he has edited a collection of essays, Debating Humanism by contributors to the Battle of Ideas 2005.
…
As editor of Culture Wars, Dolan writes about books, films and theatre. Having developed the Round Table Rumbles theatre debates at the Edinburgh Fringe in 2001-2004 and at the National Theatre in London in 2005, he continues to organise regular arts discussions through the Culture Wars Forum. He appears regularly on radio and television as a commentator on the above issues. He is currently involved in initiating the Manifesto Club, a project aimed at developing a new progressive politics.