From Powerbase
(Redirected from PWC)
Jump to: navigation, search 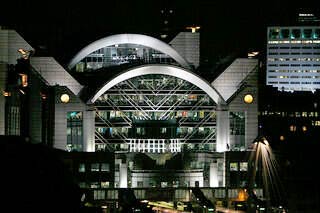 PricewaterhouseCoopers (PwC) is a major international accounting and consulting firm resulting from the July 1998 merger of Price Waterhouse and Coopers & Lybrand. As of 2013 it worked in 154 countries with more than 161,000 staff providing "industry-focused assurance, tax and advisory services to enhance value for their clients".

Just four accounting firms – PricewaterhouseCoopers, KPMG, Deloitte & Touche and Ernst & Young – audit 97 per cent of FTSE 350 companies[1] and 99 per cent of the FTSE 100 on the London Stock Exchange. [2]

PAC committee chair Margaret Hodge said the accountancy firms' actions represented a "ridiculous conflict of interest". She called for the Treasury to stop accepting their staff to draw up new tax laws. "The large accountancy firms are in a powerful position in the tax world and have an unhealthily cosy relationship with government," she said. [3]

During the UK Coalition government the 'big four' firms have contributed almost £2.5 million to Britain's three main political parties. As of April 2015, PwC had contributed the most with £1.6 million. The contributions are listed as 'non-cash donations', representing the value of staff costs and services (secondments) such as consultancy or advisory and are provided to the party free of charge. Of the £2.5 million from the 'big four', the Labour Party received £1.5 million (roughly £1.1 million from PwC) and the Liberal Democrats received £742,362 (roughly 542,000 from PwC).

The Big Four have been accused of aiding tax avoidance for many years. In 2006 HMRC said they were behind almost half of all known avoidance schemes.[4] In 2007 and 2008 Prem Sikka, Professor of Accounting at the University of Essex wrote:

PricewaterhouseCoopers has advised the Conservative party on taxation policies. After examining evidence, a report by the US Senate committee on homeland security and governmental affairs (pdf) concluded that the firm sold "generic tax products to multiple clients, despite evidence that some ... were potentially abusive or illegal tax shelters".[6] [7]

In June 2010 PwC ranked equal first with KPMG in the top ten companies providing hospitality to senior UK civil servants: both did so on 72 occasions.[8]

According to Public Accounting Report:

In 2000 PwC were the subject of a major investigation by the US Securities and Exchange Commission. There were 140 cases of staff at the auditor holding financial interests in the companies they were auditing. In February 2001, the Financial Times reported that, “The appointment... of PwC, the leading accountancy firm, to investigate the relationship between Gazprom, the Russian gas giant, and Itera, the fast-growing gas company, has raised eyebrows among even hardened Moscow investors.” The FT cited estimates that PwC had earned $15 million in fees working for Gazprom, and would now be investigating its own past work for the company. The chief suspicion was that unacknowledged ‘below market price’ transactions had been taking place between Gazprom and Itera, something which, if true, PwC should have known about. The FT concluded, “The PwC appointment is the latest example of behaviour by international auditing firms in Russia that raises concerns about potential conflicts of interest.” PwC have also been the subject of several investigations by the Securities and Exchange Commission. In May 2001, the firm agreed to pay $55 million to settle a class action suit raised by shareholders of MicroStrategy, Inc. The software manufacturer had admitted to telling investors it was still profitable while it had in fact been losing millions. A report filed in court said the audit firm "consistently violated its responsibility" to maintain an appearance of independence. It cited an e-mail from a PwC auditor seeking a job at MicroStrategy while he was the senior manager on the team that reviewed the company’s accounting. PwC also received money for reselling MicroStrategy software and recommending it to other clients, and was working on setting up a business venture with its audit client, according to the report. Only the previous year, PwC had settled with 350 plaintiffs who had invested in the California based company First Pensions Corporation. The settlement came after Coopers & Lybrand and partner Hal Hurwitz had been found liable by a jury of misrepresenting First Pensions’ financial condition, concealing material information and abetting the company’s managers in fraud. Although the terms of the eventual settlement were not disclosed, the suit filed in Orange County Superior Court had sought damages of $136 million.[9]

In 2015 NHS England announced a new list of approved suppliers to the NHS. The list is dominated by outsourcing giants Capita; management consultancies PwC and KPMG; and US health insurer UnitedHealth. NHS England insists the companies who are bidding for contracts to supply support services to the GP-led commission groups will supply a range of back office functions, cutting procurement times and allowing doctors to focus on how best to spend their £70bn share of the NHS budget.' All of the firms are members of the Commissioning Support Industry Group, a 'low-profile body that affords them regular access to the senior NHS officials overseeing the creation of the new market in commissioning services.' Other members of the Group include management firms Ernst and Young and McKinsey who have also been awarded prominent roles.[10]

PricewaterhouseCoopers is providing government relations services to Uzbekistan, the Central Asian country that is a prime ally in President Bush's 'War on Terror,'" O'Dwyer's PR Daily reports. "It is giving 'strategic advice and assistance' to Uzbekistan about dealing with the U.S. Congress, and Executive Branch on economic and trade relations, according to PWC's 'engagement letter.' The firm is receiving $300,000 a-year for its counsel." According to O'Dwyer's, former Republican Congressman and chair of the House Ways and Means committee Bill Archer will be "heading the work."[11]

Lobbyists acting on its behalf

According to a 2002 report from the New Economics Foundation[17]:

PwC packages a number of its corporate services in response to an increased awareness of ‘intangible assets,’ chief among which is reputations. As companies get larger and take over smaller companies, the cost of damage to the parent companies’ reputation grows in tandem.

Protest against multinationals has forced them to engage more with their critics and the people affected by what they do. Promoting their ‘reputation assurance’ package PwC say:

Corporate leaders are discovering that by engaging stakeholders, adopting rigorous business strategies, and implementing reputation management systems, they can more effectively establish trust with stakeholders, gain a competitive advantage, mitigate the impact of crises, and preserve a company’s most important asset – its reputation.[18]

In early 2001, PwC was called-in by the Canadian firm Talisman Energy to verify a corporate responsibility and human rights report of its operations in Sudan. Talisman was accused by human rights and development organisations,including Christian Aid and Amnesty International, of being complicit in human rights abuses around its oilfields in Sudan. These included forcible displacements and murder of civilians by government troops.

The company’s report was criticised by these organisations. Amnesty International noted that it failed to respond to concerns they had raised that the Sudanese government continued to commit human rights abuses in order to clear areas for oil exploration.[19] It also criticised Talisman for failing to take the necessary steps to properly implement a code of ethics that it had signed up to. Yet rather than get a human rights or development organisation to verify its report, Talisman called in PricewaterhouseCoopers. PwC itself commented that it was “not conducting an in-depth study either of the effects of Talisman's presence in the Sudan or of the impact of oil production on the country.”[20] It also intended to travel only within the areas covered by Talisman’s concession and controlled by the government. Its ability to conduct a serious verification of Talisman’s operations was thus severely limited,and questioned by human rights and aid organisations.[21]

In the words of Jennifer Woodward, responsible for overseeing the verification, PwC saw its role as “adding independence and credibility” to Talisman’s corporate responsibility report. From a human rights and development perspective however, verification and monitoring should be about establishing the facts and upholding human rights standards, not about rubber-stamping what companies say about themselves.

There are also conflict of interest questions. At the same time that PwC was verifying Talisman’s Sudan report, it was acting as a consultant to Talisman on how to design and implement a corporate responsibility strategy.[22] At a broader level,PwC is seeking to move into environmental and social audits and verification processes of corporate responsibility reports just as it enters the public relations market.[23] PR and independent verification do not go very well together, and this will raise even more questions about the suitability of the constantly hybridising and diversifying accountancy firms to offer services in which their expertise is limited.

The following are PwC audit clients that are part of the FT Global 500 (2006), grouped by FT industry

All Party Parliamentary Group on Unconventional Oil and Gas in the UK - set up in 2013 - PWC is an associate member and an 'advisory group' member; the group is run by lobbying and PR firm Hill and Knowlton). [30]