From Powerbase
(Redirected from Anheuser-Busch)
Jump to: navigation, search

Anheuser Busch is a wholly owned subsidiary of Anheuser-Busch InBev since 2008 when it merged with InBev. It is the leading global brewer and continues to operate under the Anheuser-Busch name and logo. Anheuser Busch is based in St. Louis USA and operates 12 breweries across the states. The company commands almost half of all American beer sales (48.5%) and owns some of the top selling global beer brands including Budweiser beer. The firm also owns half of Grupo Modelo, Mexico’s leading brewer. In 2008 the firm took first place in FORTUNE Magazine's most admired global and American companies. Anheuser Busch's business interests also include theme parks and aluminum can manufacturing and recycling.[1]

The company was established in 1852 at the Bavarian Brewery in St. Louis, in 1960 Eberhard Anheuser, a soap manufacturer, bought the brewery. According to the company web site they became the first brewery to use pasteurization, in 1870 and by the early 1880s refrigerated rail cars and rail side icehouses, allowing products to be widely distributed. Budweiser introduced in 1876 was the first National brand introduced to America. The firm survived the prohibition era (1920-1933) by selling soft drinks and ice cream. [2]

Anheuser Busch has a long history of philanthropy and charitable donations. The company is very proud of this aspect of their history which dates back to 1884 [3]. The scale of the donations made by the companies foundation is extensive. 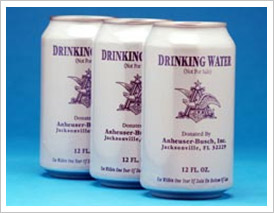 an international car rental and related services company Joined board 1995

Lobbying The US Government