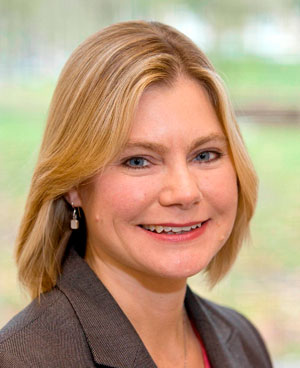 Justine Greening was Education Secretary until she stood down in January 2018.

She was previously Secretary of State for Transport from October 2011[2] and before that, was economic secretary to the HM Treasury.

Greening studied economics at Southampton University and has an MBA from the London Business School. She trained as an accountant, working for PricewaterhouseCoopers and GlaxoSmithKline, and was a finance manager at Centrica before being elected as an MP. [4] Greening is also a former member of the Council of the Tory think tank the Bow Group.[5]

Greening been the Conservative MP for Putney, Roehampton and Southfields since May 2005.[6]

Greening has been a member of the Work and Pensions Select Committee; was a Shadow Treasury Minister from 2007, and in 2009 moved to the Communities and Local Government Team and became Shadow Minister for London. [7]

Greening was appointed Economic Secretary to the Treasury in the incoming Conservative government in May 2010.[8] She replaced Philip Hammond as Transport Secretary on 14 October 2011, following the resignation of Liam Fox as Defence Secretary.[9]

She is remarkably the first education secretary to have been educated a comprehensive school in British political history and is the first female cabinet minister to be in an openly gay relationship, tweeting on the weekend of London's pride events; 'I campaigned for Stronger In but sometimes you’re better off out!' [10]

A seating plan of the Conservative Party's Black and White Ball, in February 2014, was leaked to the Bureau of Investigative Journalism in October 2014. The party, which guests pay between £450 and £1000 for a ticket, seats diners with the minister most relevant to them. It is reported that Greening sat with a contractor for the Department for International Development (DIFID) and two executives from Salamanca Group. [11]