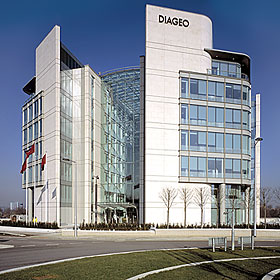 Connections: industry, government and beyond

In July 2010 PRWeek reported that Diageo GB 'signed over its public affairs and responsible drinking campaigns to Edelman as it prepares to go to battle with the Government over changes to alcohol tax'.

This was against the backdrop of David Cameron's planned reform of the Licensing Act along with a ban on below-cost selling and a policy decision on alcohol labelling.[27]

Diageo hired lobbying firm Hanover Communications in September 2007 as its retained UK public affairs agency, switching from Reputation Inc. The move came as the Government stepped up its efforts to curb binge-drinking. Diageo was thought to be paying Hanover at least £100,000 a year. Hanover MD Charles Lewington said at the time: ‘We will be helping Diageo to raise awareness of its ­responsible-drinking ­activities in government. We will also be ­advising on ­ongoing ­discussions with ­officials about the best way of ­promoting responsible ­consumption.’[29]

The firm - one of the biggest funders of responsible drinking campaigns in the UK - and high-profile CEO Paul Walsh have in the past come out forcefully against minimum alcohol pricing and steep alcohol tax increases, as well as questioning the link between excessive drinking and advertising.[30]

Diageo manages 17 of the world’s top 100 premium spirits brands. Recently it has dropped non-alcohol products, selling Pillsbury, a large US firm producing baked foods and snacks, to General Mills in 2001, and selling Burger King, the fast food giant, in 2002, which has allowed the company to escape the current outcry against fast food. Diageo has bought much of the spirits division of Seagram, previously a major spirits company, and other alcohol brands, entrenching its position as a leader in spirits. This reflects a shift to consolidation evident in the spirits sector in general [33]