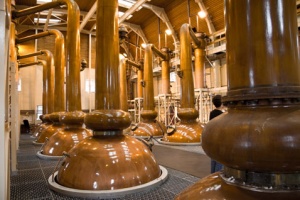 Lobbying Against Minimum Pricing The Scotch Whisky Association (SWA) is fiercely opposed to the introduction of minimum pricing per unit of alcohol which is supported by the public health community and the Scottish Government. SWA have been at the forefront of challenging the proposed legislation in Scotland. They claim that under European Law imposing a minimum price is against economic competition law and use the example of the European Court's rejection of the implementation of a minimum price for tobacco in France, Austria and Ireland. [8] As the SWA will know the European Court is not bound by previous rulings and therefore if it can be convinced that the measure is a step towards improving public health it may well rule in favour of minimum pricing. The Scottish Labour Party echoed the calls of the SWA and asked the Scottish Government to state the legal basis for their plans to protect public health. Then shadow health spokesperson for Labour Cathy Jamieson said: "We have always said that the legal basis for the SNP's minimum pricing policy needed clarification." [9]

Alcohol Gets in a (legal) fight

The Association has brought in Scotland's largest law firm, Brodies LLP to help buttress their argument that a minimum pricing on alcohol is contrary to EU law.

The Association also has the backing of alcohol big-hitter Diageo in its crusade on minimum prices. Diageo offers financial backing, has a number of seats on the Council and Paul Walsh, former CEO of the company, recently served as the Association's Chair. The SWA is even sometimes referred to as Diageo's 'lobbying proxy' [12], although Diageo in itself is one of the largest players in the Scottish lobbying landscape.