Department of Energy and Climate Change 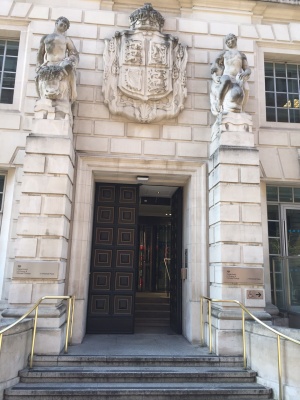 The Department of Energy and Climate Change (DECC) was disbanded on 14 July 2016, and its remit was passed to a new Department for Business, Energy & Industrial Strategy (BEIS). [1]

The Department of Energy and Climate Change (DECC) says it aims to create a “thriving, globally competitive, low carbon energy economy” in the UK. [2] It is responsible for nuclear energy policy and describes nuclear as “low-carbon, affordable, dependable [and] safe”.[3] In his first major cabinet position, Ed Miliband created a high profile for the department aided by the bipartisanship offered by David Cameron who rallied his colleagues in support of the Climate Change Act. Miliband is said to have ‘raised the department’s international ambition and took a key role in the UN negotiations in Copenhagen.’ [4]

It runs the Office for Nuclear Development which “focuses on removing potential barriers to investment, and signals clearly to the industry the serious intent of the Government to push forward nuclear new build.”[5]

DECC was created in 2008 by Gordon Brown and brought together much of the Climate Change Group, previously housed within the Department for Environment, Food and Rural Affairs (DEFRA), with the Energy Group from the Department for Business, Enterprise and Regulatory Reform (BERR).[6]

The department was abolished in 2016 as one of the first acts of Theresa May's premiership. Its responsibilities were passed to a new Department for Business, Energy & Industrial Strategy (BEIS), headed by Greg Clark, which merged DECC with the Department for Business Innovation & Skills (BIS). The move was widely condemned by green campaigners and MPs, who condemned it as a setback for the UK's efforts on climate change. Ed Miliband described the move as 'just plain stupid'. [7] The think tank Policy Exchange instead argued that BEIS would elevate the importance of climate change issues. [8]

Controversies, criticisms and conflicts of interest

On 7 April 2011, the DECC's Office for Nuclear Development invited companies to attend a meeting at the lobby group Nuclear Industry Association (NIA)'s London headquarters as part of a public relations strategy to play down the Fukushima nuclear accident. The aim was 'to discuss a joint communications and engagement strategy aimed at ensuring we maintain confidence among the British public on the safety of nuclear power stations and nuclear new-build policy in light of recent events at the Fukushima nuclear power plant'.[9]

In February 2013 Freedom of Information requests by Spinwatch revealed that Rolls-Royce, which describes itself as 'part of the UK's nuclear industry for the past 50 years' had lent DECC their employee Sophie Macfarlane-Smith to serve as DECC's head of ‘new nuclear capabilities and removing barriers’. At DECC she is responsible for 'enhancing the capability' of the UK's 'new nuclear supply chain and skills'. DECC says it meets her salary cost.[10]

John Loughhead was appointed as chief scientific adviser on 2 October 2014 and took up the role on 22 October. Loughhead also continued as executive director (part time) at the UK Energy Research Centre (UKERC) [14] until the end of 2014.

In September 2014 the DECC Communications Directorate consisted of 59 full time staff, which includes 12 press officers and the head of news. [22]

The following people from DECC attended the Nuclear Development Forum in May 2012:

In November 2011 the attendees were:

Personnel under Labour until May 2010

The DECC is also responsible for the Committee on Climate Change.