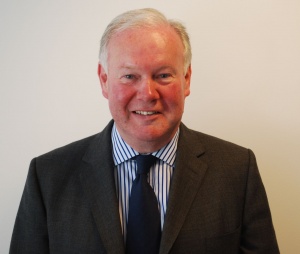 Charles Hendry was the Conservative Party member of Parliament (MP) for High Peak from 1992 to 1997 and Wealden from 2001 to 2015. He was a Minister of State at the UK Department of Energy and Climate Change from 2010, until he was replaced by John Hayes in the September 2012 Cabinet reshuffle,[1] and was appointed UK Trade Envoy to Azerbaijan, Kazakhstan and Turkmenistan in November 2012. [2]

In February 2014 Hendry declared in the MPs' register of interests that he was taking on a £60,000 a year advisory role with oil firm Vitol.

In March 2013, Hendry announced he would not be standing in the 2015 general election. He said it was something he had always been considering 'but the loss of the cabinet position has certainly helped confirm it'.[3] He was replaced by Nus Ghani who held the seat with a majority of 22,967.[4]

Hendry is a former public relations man, having worked with international communications groups Ogilvy & Mather PR and Burson-Marsteller. He was Founder/Chairman/Chief Executive of The Agenda Group (1999-2005), a specialist consultancy helping company chairmen and chief executives with their corporate networking.[5]

Warns UK shale gas will not be cheap

In October 2012 after he lost his cabinet position, Hendry warned in the Observer newspaper that shale gas 'cannot bring the UK the same benefits as in America, where consents are much easier and prices are kept artificially low by the lack of export facilities". He added:

'We may face a golden age for gas, but don't assume it will be cheap. Last year's energy price rises owed more to rising global wholesale gas prices than anything else, so betting the farm on shale brings serious risks of future price rises'.[6]

In May 2012 Hendry was questioned by MPs on the UK Commons Select Committee for Energy and Climate Change about the faltering of the Coalition's plan to have eight new nuclear power stations built within the next decade.

"I remain very positive," he said. Ministers are currently negotiating with companies over how much energy customers will be charged to pay for investment in new, low-carbon generation, including nuclear and wind power. "We will not sign up for anything we think is bad for bill payers. We believe nuclear should be the lowest-cost, large-scale energy source, and the price will reflect that."

Hendry told MPs that at least £100bn was needed to build replacements for the many old coal, gas and nuclear plants that will close in the next few years. He said the government's forthcoming energy bill aimed to ensure energy security, while meeting greenhouse gas emissions and getting the best deal for the consumer. Being exposed to events in other countries, such as the nuclear disaster at Fukushima and the election of nuclear-power-sceptic François Hollande in France, was "inevitable", said Hendry. "If we want to see nuclear power as part of the energy mix, that's a challenge we have to take on".[7]

In June 2012 Hendry attempted to dampen controversy over hidden subsidies within the government's proposed Electricity Market Reforms, after Scottish and Southern Energy Chief Executive Ian Marchant had told the House of Commons Energy and Climate Change Committee he was "very concerned" that the government’s proposed mechanisms for choosing the ‘strike price’ for new nuclear power “is a mechanism designed to mean negotiation in a smoke-filled room".

Hendry told MPs that “there will be full transparency over the terms” of any long-term contract with a guaranteed power price for EDF Energy’s new nuclear power plants in the UK. [8]

In November 2009 Hendry accepted a paid trip from nuclear giant Areva UK to visit its facilities in France.

In January 2014 Hendry sought the permission to accept an offer of employment as a Consultant for oil traders Vitol Services Ltd. The Committee approved this request stating that:

When considering this application, the Committee took into account the fact that Mr Hendry did have some contact with Vitol while in office, but that this was through DECC’s ongoing industry engagement, and that he had similar dealings with other leading firms. They further considered the fact that Vitol were involved in discussions with DECC at the time of the closure of the Coryton refinery and, although most discussions were handled at an official level, he had a couple of phone conversations with the company. However, the Committee considered the Department’s view that his appointment with Vitol does not raise any propriety concerns from their perspective.

The Committee advised Mr Hendry that it saw no reason why he should not take the post forthwith, subject the conditions that:

- that he should not draw on any privileged information available to him as a Minister or in his capacity as a Trade Envoy;
- he should make it clear in any activities he undertakes on behalf of his new employer, its parent company or its clients, that he is acting as their representative and not as a Government

- for two years from his last day in ministerial office, he should not become personally involved in lobbying the UK Government on behalf of his new employer, their parent companies or their clients.

From 1 February, consultant to Vitol Group, an energy trading and service company.
Address: Belgrave House, 76 Buckingham Palace Road, London SW1W 9TQ.
Annual remuneration: £60,000, for one and a half days per month.
(Registered 20 February 2014)

Address of donor: Vestry House, Laurence Pountney Hill, London EC4R 0EH
Amount of donation (or estimate of the probable value): Travel to and from Reykjavik and accommodation at the City Center Plaza Hotel, Reykjavik, with approximate value of £1,200
Destination of visit: Reykjavik
Date of visit: 7-9 July 2013
Purpose of visit: Meetings with Icelandic government and businesses (Registered 10 July 2013)