Difference between revisions of "Fleishman-Hillard" 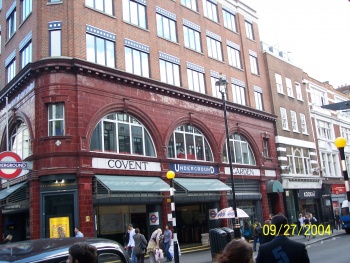 Fleishman-Hillard is one of the biggest PR companies in the world. Its parent company is the Omnicom group Inc, which is a huge conglomerate that describes itself as a "global leader in Marketing and Global Communications". It has absorbed the group of firms formerly trading under the name GPC International.

Headquartered in St. Louis, Fleishman-Hillard has over 80 offices throughout North America, Europe, Asia Pacific, Middle East, South Africa, and Latin America. It operates through a variety of networks:

Fleishman-Hillard has three offices in the UK and Ireland: London, Fleishman-Hillard (Edinburgh) and Dublin. Services include 'keeping clients up to speed on all things political'. For example, in 2005 F-H distributed a glossy brochure to their clients sketching the likely changes that could be expected under a Labour government led by Gordon Brown. Kevin Maguire wrote in the New Statesman in April 2005: 'Warning multinational bosses that the next Labour premier's philosophy is built on - wait for it - equity, the booklet predicts Brown will centralise power around himself'.[1]

The Fleishman-Hillard office in Edinburgh was originally set up as GPC in 1996 ahead of the establishment of a Scottish Parliament in 1999.

They boast that "Within Scotland, we are unrivalled in the depth and breadth of our knowledge on the detail of devolution and how the Scottish Parliament really operates in practice". They go on to say:

"We pride ourselves on our understanding of how the Scottish political, policy, and media agendas impacts the rest of the United Kingdom and companies and organisations and their businesses. We can make a difference to our clients' business objectives by combining the right resources, people, and skills with a clear perspective and an innovative approach to any communications challenge".

They conclude by stating:

"Our team is drawn from a range of career backgrounds, bringing together political experience, policy development insight, strategic communications, event management, and research skills. The common factors among the team are our commitment to our clients and assurance that we will keep their needs at the top of our agenda".

And finally: "To make ourselves as valuable to our clients as they are to us." [21]

One service they provide for their clients is to attend Scottish parliament cross-party group meetings that may affect their clients. For example, the cross-party Food group was attended by two employees, Jenni Wilkie and Ben Bosely Walker, in February of 2005. This may have something to do with Tesco being a client of theirs.

Another client is Pfizer and therefore it comes as no surprise that Rachel Roberston (see below) is on the Cross Party Group for Diabetes, although she is listed as working for GPC, rather than Fleishman-Hillard.

Fleishman-Hillard has for several years handled the bulk of Nirex’s (Nuclear Industry Radioactive Waste Executive) monitoring service. One service the PR company provides is to attend Scottish parliament cross-party group meetings that may affect their clients. One of the PR company’s Scottish employees, Rachel Robertson, used to be on the Cross Party Group on the Civil Nuclear Industry. She attended these meetings listed as being from Nirex, and not as an employee from Fleishman-Hillard. Robertson has since been replaced by Ian Price who was also listed as being from Nirex. Coincidentally there was also an Ian Price listed as working at Fleishman-Hillard's Edinburgh office.[24]

On 10 October 2007, the US House of Representatives Committee on Foreign Affairs passed Resolution 106, which accuses the Turkish rulers in 1915 of genocide. There was an intensive on behalf of the Turkish government to sway the committee, described by Ali H. Aslan as follows:

Both the Turkish and the US governments strongly opposed the resolution and were joined by DLA Piper, the Livingstone Group, public relations company Fleishman-Hillard and other companies that officially conducted lobbying activities on behalf of Turkey as well as by big corporations that have sizable commercial deals with Turkey such as Boeing and BP.[27]

In June 2005, Kevin Bell from the UK arm of Fleishman-Hillard spoke at a one-day conference in London called ID Cards: Towards Procurement and Implementation. The title of his talk was "Achieving public acceptance".[28]

Controversy in the US

In May 2006, two senior Fleishman-Hillard executives Doug Dowie and John Stodder were found guilty in a fraud trial that had gripped the US PR industry for two years. The jury found Dowie guilty on 14 counts of 'wire fraud' and one count of conspiracy - in a scheme to overbill city tax-payers for PR services. Stodder, the agency's one-time SV-P of PA, was convicted on 11 counts of wire fraud and one on conspiracy. The two had been charged with conspiracy and wire fraud in an alleged 2003 scam to defraud the Department of Water and Power out of more than dollars 300,000.[29]