From Powerbase
(Redirected from Lord Sassoon)
Jump to: navigation, search 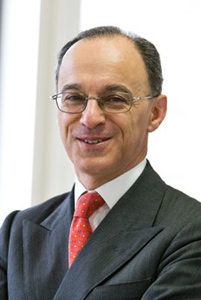 Lord James Sassoon was appointed as the first Commercial Secretary to the Treasury in May 2010. He stepped down from the role at the end of 2012, replaced by Paul Deighton.

A former banker and Labour government adviser he had defected to the Conservative Party in late 2008. Until 2010 he acted as an advisor to the Shadow Chancellor, was a member of the Economic Recovery Committee of the Shadow Cabinet and conducted The Tripartite Review. He joined the House of Lords in 2010. [1]

Sassoon became an executive director of Jardine Matheson Holdings and of Matheson & Co in January 2013.

Defection to the Tories

The Daily Telegraph reported Sassoon's defection from Labour in 2008 as follows:

Sir James Sassoon is to be unveiled as a Tory supporter only weeks after quitting as an adviser to the Prime Minister. Earlier this month it was announced that Sir James had relinquished his position as the Treasury's Special Representative for Promotion of the City. His departure led to charges that Labour's relations with the Square Mile had hit a new low following earlier rows over issues including changes to capital gains tax and a tax crackdown on "non-domiciled" foreign citizens in the UK. Sir James has now agreed to become an adviser to George Osborne, the Conservative shadow chancellor on the reform of the regulatory regime covering the banking sector.[2]

On 24 November 2010, Sassoon had breakfast with lobbyist-law firm DLA Piper.[5]

In April 2011 Sassoon dined with an unnamed representative from lobbying firm Edelman.

Among Edelman's many clients is GE Hitachi Nuclear Energy.t[6] [7]

James Sassoon spent most of his career in the City, starting at KPMG (Thomson McLintock & Co) in 1977. From 1985 he was at SG Warburg (latterly UBS Warburg), leading the firm’s global privatisation business and ending as Vice-Chairman, Investment Banking.

In 2002, he joined HM Treasury as Managing Director, Finance, Regulation and Industry. In this position, he also chaired the Standing Committee on Financial Stability, was a non-executive director of Partnerships UK and sat on the global Financial Stability Forum and on the EU Financial Services Committee. From 2006 to 2008 Sir James was the Chancellor’s Representative for Promotion of the City and in 2007/08 served as President of the Financial Action Task Force (the global anti-money laundering and counter-terrorist financing organisation).

In 2008-10, he acted as an adviser to the Shadow Chancellor, was a member of the Economic Recovery Committee of the Shadow Cabinet and conducted The Tripartite Review.
Other positions held include chairman of The Merchants Trust plc 2010 (director 2006-10), chairman of the ifs School of Finance 2009-10, director of the Nuclear Liabilities Fund 2008-10, trustee of The British Museum 2009-10 and of the National Gallery Trust 2002-09.

[Sassoon is] the UK Chancellor's and the UK Treasury's Representative for Promotion of the City, a part-time role in which he will continue. He was appointed to this role in December 2005 to champion the interests of the UK's financial and business services firms and markets internationally.

From 2002 he served three years as a member of the Treasury Board and Managing Director of the Treasury's Finance and Industry Directorate. The Directorate was responsible for financial services and for industry policy, including productivity, enterprise and growth and public-private partnerships. He was the Chancellor's Deputy on and chaired the UK Standing Committee on Financial Stability, the Treasury's non-executive director on the board of Partnerships UK and representative on a number of Ministerially chaired committees, the global Financial Stability Forum and the EU Financial Services Committee.

From 1985 - 2002 Sir James Sassoon was at UBS Warburg, latterly as Vice Chairman, Investment Banking with responsibility for the firm's global privatisation business. He advised Government departments on a variety of public-private sector projects as well as acting for governments in Europe, Asia and the Americas over more than ten years. He qualified as a chartered accountant with KPMG.

Sir James was awarded a knighthood in recognition for his services to the finance industry and to public service in the Queen's 2008 New Year Honours list.[9]