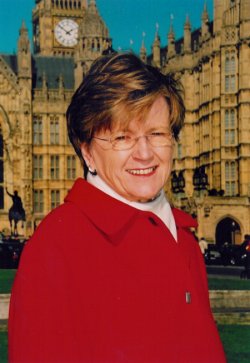 Hilary Jane Armstrong (born 30 November 1945, Sunderland) is a Labour MP. She was first elected to parliament in General Election of 1987. After Labour's 1997 general election victory, Prime Minister Tony Blair appointed her as Minister of State at the Department of Environment, Transport and the Regions with responsibility for Local Government and Housing. In 1999, she was made a member of the Privy Council.[1]

In June 2007, Hilary announced her decision to step down from the Government and return to the backbenches after 18 years as a Party spokesperson and Government Minister.[1]