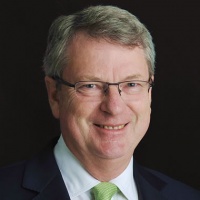 Sir Lynton Crosby is a spin doctor who helped former Australian prime minister John Howard's Liberal Party win four consecutive elections between 1996 and 2004.[1] Crosby has orchestrated various campaigns for the Conservative Party including advising Iain Duncan Smith in 2003[2], coordinating Michael Howard's failed election campaign of 2005[3] and successfully helping Boris Johnson to get elected as London Mayor in 2008 and 2012.[4][5] He also helped to coordinate the 'No to AV' campaign on voting reform in 2010.[6]

Crosby has been variously described as 'a cross between Alastair Campbell and Crocodile Dundee' and an "evil genius". [7]

Former UK prime minister David Cameron hired Crosby from November 2012 to work on the Conservative Party's successful 2015 electoral campaign at a reported fee of £500,000 a year.[8]

In 2016 Crosby was controversially awarded a knighthood for 'political service'.

After Cameron's electoral campaign, Crosby was awarded a knighthood for 'political service'. Reports of Mr Crosby's knighthood outraged political opponents and others who said it demeaned the honours system.

British Labour's shadow home secretary Andy Burnham called Crosby's knighthood 'outrageous' and 'the clearest evidence yet that the Tories think they can get away with whatever they like'. Another Labour MP, Graham Jones, said it was a sign of cronyism: 'The honours system is supposed to recognise dedicated public service, not simply be a vehicle to reward Tory cronies and donors," Mr Jones said. David Cameron should take care not to undermine the integrity of the system.'

'He has already been involved in lobbying for big tobacco while he was the Conservatives' election strategist and using his access to the Conservative party to lobby conservative ministers. So for me this is something that both devalues the honour system and of course undermines trust and the political system, because it's yet again David Cameron using his powers of patronage to reward his political cronies.'

'The issue with Lynton Crosby is he's been given a knighthood for working for the Conservative Party. He was doing his job and he obviously did it very well, but he was remunerated well for that. How is that adding to public life? It's adding life to the Conservative Party, it's obviously benefiting them and benefiting David Cameron, but I think it's hard to argue that he is contributing to public life.'

Jonathan Arnott a UKIP MEP, said the use of knighthoods as a reward needed to stop: 'Lynton Crosby is one of the worst examples of this kind of excess,' he said. 'Knighthoods should be given to those who deserve them.'

In 2015 scrutiny of Crosby's business interests revealed that he is a director of Rutland Ltd and shareholder of another company in the tax haven of Malta. Rutland has accounts which show significant amounts held as 'deposits in foreign banks' - €326,011 in 2013, €449,999 in 2012 and €2,457,115 in 2011 and declare that 90 percent of their interests lie outside of Malta. The company have also not filed accounts for 2014. If Crosby was to be paid for his role with the Conservative Party via his Maltese companies he would pay the Maltese tax rate on his earnings. The Conservative's main opponents in the election, the Labour Party, have said if they win they will come down hard on non-doms avoiding tax.

A spokesman for Crosby told the Independent: 'It has been a matter of public record since 2013… that Lynton Crosby pays tax in the UK, on his UK earnings, at exactly the same rate as any UK citizen. There is no public interest in publishing false allegations about the financial affairs of a private individual.'[10] According to a report in the Daily Mail in November 2012, Crosby had advised Boris Johnson during his election campaigning to:

According to a report in the Daily Mail in November 2012, Crosby had advised Boris Johnson during his election campaigning to:

'Concentrate on traditional Tory voters instead of ‘f****** Muslims’. The source added: ‘He definitely used that phrase’ and said: ‘Lynton’s view was that chasing the Muslim vote and other ethnic groups was a waste of time – and he frequently expressed himself in very strong terms. Some people found it very offensive’.[11]

The same report notes that Crosby issued a statement that he had ‘absolutely no recollection’ of using the term.[12]

In late October 2012, just weeks before Crosby's advisory role was made official, the Telegraph's political commentator Peter Oborne wrote that such an appointment "would signal the defeat of everything the PM stands for". [13]

Lobbying against plain packaging for tobacco

The Observer revealed that days before becoming David Cameron's campaign director, Crosby had lobbied ministers to stop the incoming bill on unbranded cigarette cartons. Crosby's London-based lobbying firm, Crosby Textor Fullbrook (CTF), had been hired by Philip Morris International (PMI) in the autumn of 2012, according to the paper, 'because the owner of the Marlboro brand sought to derail plans to sell cigarettes in unbranded cartons. Soon after winning the account Crosby made the case against plain packaging to Lord Marland'.[14]

A year after being hired by the Conservative party, the plans for plain packaging were shelved, and despite denying it at the time, documents released by the Intellectual Property Office under the Freedom of Information Act to tobacco control researchers at the University of Bath show an email exchange between Crosby and close friend Lord Marland (the then Lord of Appeal) providing evidence Crosby had been lobbying on behalf of the tobacco industry. [14]

2003 Address to the Conservative Party

In 2003 Crosby addressed a shadow cabinet meeting held by the Conservative Party, he was invited to speak by the party's leader at the time Iain Duncan Smith.[15]

In 2004 Crosby was hired as an adviser to the Conservative Party under Michael Howard's leadership.[16]. He was the election campaign manager for Howard's failed attempt at election in 2005.[17].

Crosby clashed with Liam Fox and Lord Saatchi during the 2005 campaign; he argued that Saatchi's election strategy was '20 years out of date'.[18]. A Conservative Party insider was sacked for leaking details of the rift to the press.[19].

Crosby and Saatchi had made amends by January of the following year, the two men wrote a joint letter to The Times which read as follows:

Anyone who knows either of us and what we have achieved in our careers should know that "second place" does not enter our vocabulary.

We are in the business of winning an overall majority at the general election and we believe that this objective is achievable. In line with our strategy, Conservative policies are being continually rolled out, as we saw last week with those on tax and value for money and this week with our policies on immigration and asylum-seekers.

It is vital in the national interest that there is a Conservative government led by Michael Howard.[20]

The Conservatives lost the election after paying Crosby a reported £441,146.[21]

In 2005 following the failure of Michael Howard's election campaign Crosby turned to consultancy. His firm CrosbyTextor contacted 'potential clients offering them the benefits of a carefully targeted communications strategy'. They argued that:

'We know how to target people. This approach is a legacy of our political heritage' adding that 'Every engagement...was driven by specific objectives. Each is rooted in a clear understanding of what the target audience thinks and how to make that audience change its opinion.'[22]

In October 2005 Crosby addressed a fringe meeting of the Countryside Alliance at the Conservative Party conference.[23]

In 2008 Crosby orchestrated Boris Johnson's successful election as the Mayor of London.[24]

In 2010 Crosby worked with senior Conservative figures on the 'No to AV Campaign'. Other members of the team included Bernard Jenkin and George Eustice, as well as James Frayne, former campaign director of the Taxpayers' Alliance.[25]

Crosby had been appointed as the Conservatives’ full-time campaign chief in 2013 for a reported fee of £500,000. According to The Guardian, it was Crosby's strategy that led to a Conservative Party victory:

'Crosby, whose record of election victories in his native Australia had earned him the nickname 'the Wizard of Oz', subscribed to a campaigning philosophy about simple messages that tapped into what the electorate might already be thinking.'

For instance, on the poster depicting Miliband tucked into the breast pocket of former SNP leader Alex Salmond, he says:

'We knew a whole year before the campaign started that people were concerned that he would succumb too easily to powerful interest groups. The poster was just an expression of that popularly held perception. It didn’t create it, it just drew attention to it.'

Crosby’s first instruction was for the party to 'scrape the barnacles off the boat', i.e solely focusing on core issues such as welfare and immigration. He also used a signature manoeuvre called the 'dead cat' manoeuvre. Boris Johnson (who had previously employed Crosby as his campaign manager during the 2008 and 2012 London mayoral elections) had once described the strategy like this:

'Let us suppose you are losing an argument. The facts are overwhelmingly against you, and the more people focus on the reality the worse it is for you and your case. Your best bet in these circumstances is to perform a manoeuvre that a great campaigner describes as "throwing a dead cat on the table". [...] There is one thing that is absolutely certain about throwing a dead cat on the dining room table – and I don’t mean that people will be outraged, alarmed, disgusted. That is true, but irrelevant. The key point, says my Australian friend, is that everyone will shout, ‘Jeez, mate, there’s a dead cat on the table!’ In other words, they will be talking about the dead cat – the thing you want them to talk about – and they will not be talking about the issue that has been causing you so much grief.'

When Michael Fallon accused Ed Miliband of planning to scrap Trident in order to create an alliance with the SNP ten days before the vote, Crosby was behind the move. For the next 24 hours, media attention switched away from Labour’s clampdown on tax loopholes and towards Fallon’s outburst.

M&C Saatchi Jeremy Sinclair, the Conservative party’s primary ad agency, was impressed, saying 'he lent a tremendous discipline and focus to the campaign.'

He also used email lists and social media to win over wavering voters. [26]

Lynton Crosby was hired by the Liberal Party again in 2016. His tactic was extremely similar to the one used in the UK 2015 Elections. For instance, the Liberals warned of a chaotic Green/Labor alliance, while the Conservatives had accused Labour of a forming a coalition with the SNP.