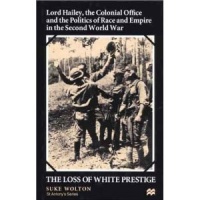 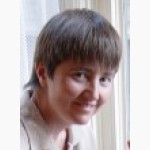 Suke Wolton (DoB 05/10/1962) is an academic and is associated with the libertarian anti-environmental LM network, as a director of Junius Publications (the publishing company of the RCP), apparently 'Marketing Manager' of Living Marxism on its launch in November 1988 and a shareholder of the Academy of Ideas. [1]

An individual named Suke Karey was the 'Marketing Manager' of Living Marxism on its launch in November 1988 and remained in that position until issue 33 in July 1991.[2] The Magazine was published by Junius Publications the publishing company of the Revolutionary Communist Party. Documents at companies House list the 'Marketing manager' of Junius at the time as Suke Wolton. [3] Given the practice of many RCP members of adopting 'Party names' for publications it seems likely that Wolton used the name Karey.

Showing the characteristic pattern of LM network associates Wolton's first book Marxism, Mysticism and Modern Theory was stuffed full of other members of the Revolutionary Communist Party, with only one chapter author who was not or had not been a member of the RCP. Of course these important connections are passed over in the notes on contributors. These included Andrew Calcutt, James Heartfield, Ellie Lee, Peter Ray, Lynn Revell and Keith Teare. Amongst the organisations mentioned in the notes are Living Marxism, Workers Against Racism and Cyberia, all elements of the network. Peter Ray is said to be the 'editor of the Originals edition of works by Marx, Engels and Lenin', but the fact that this was a Living Marxism series published by the RCP publishing company Junius Publications is not mentioned.[4]