Andrew Calcutt of the LM network 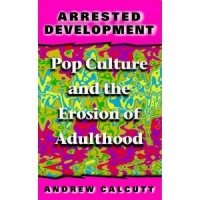 Andrew Calcutt is an academic associated with the libertarian and anti environmental LM network, having been News, then Culture Editor for Living Marxism, [1], Commissioning Editor for Channel Cyberia, written for Spiked[2] and Culture Wars, taken part in Debating Matters, Institute of Ideas and Salon events and been employed as a tour guide trainer by WORLDwrite. He is the editor of Rising East.

Andrew Calcutt was a journalist for 25 years before he became an academic. As a journalist, he worked in print (Arena, Esquire, Living Marxism/LM, the Modern Review), in broadcasting (Clarke TV for Channel4), and online (commissioning editor, Channel Cyberia for MSN). He studied Drama and Classics at the University of Bristol (1973-1976).