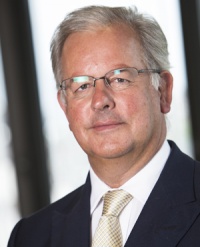 James Lupton is co-treasurer of the Conservative Party and the chairman of investment bankers, Greenhill Europe which has a global network of corporate relationships in the healthcare sector.[1]

Lupton is a donor to the Conservative Party and a member of The Leader's Group, the premier Conservative Party supporter group. Through an annual membership fee of £50,000 donors are able to secure access to leading members of the party.

On 9 February 2015, the Conservative Party held their annual 'Black and White Ball' election fundraiser at the Grosvenor Hotel in London. The event was attended by almost the entire Cabinet, Boris Johnson and George Osborne did not attend due to the G20 event, and by party donors including; hedge fund boss Stanley Fink (Lord Fink), who wants Britain to rival offshore tax havens with an equally generous tax regime; founder of Lycamobile, who paid no corporation tax between 2007 and 2014 despite generating millions in revenue, Subaskaran Allirajah; jewellery tycoon Ranbir Singh Suri and lap dancing club owner Peter Stringfellow. It was reported that Lupton would be expected to host a table.[2]

To raise additional money at the event, the Party sold one off prizes. These included, a 10km Iron Man run with Iain Duncan Smith, dinner at home with Michael Gove and his wife, shoe shopping with Theresa May, a meal at the Carlton Club with Sajid Javid and a session of jogging with Nicky Morgan.[3][4]