The British Bankers' Association is the UK banking and financial services trade association. 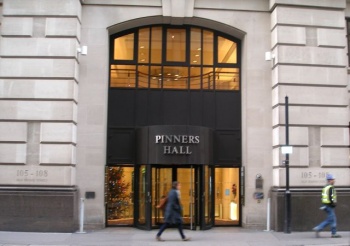 The London InterBank Offered Rate, Libor, was created in 1986 by BBA, and has been administered by BBA ever since. In July 2012, it was proven that the Libor has systematically been manipulated by Barclays since at least 2005, leading to the Libor-fixing scandal, and the decision in September that BBA will not oversee the setting of Libor. "In place of the BBA, there will be a data provider (an organisation such as Bloomberg or Reuters) or a regulated exchange."[1]

The Libor market has been criticised by Paul Tucker, the deputy governor of the Bank of England, for being "a cesspit of dishonesty".[2] Martin Wheatley, managing director of the Financial Services Authority, writer of a report into the Libor rate-rigging scandal, stated that BBA was "careless" in its approach to policing Libor and put too much trust in a system that "did not have the right level of checks and balances in place",[3] and that the new manager of the Libor rate should be “an “organization that won’t be conflicted, like a trade association would be".[4] "[T]he BBA acts as the lobby organisation for the same submitting banks that they nominally oversee, creating a conflict of interest that precludes strong and credible governance".[1]

The Financial Services Authority and the Bank of England is blamed by some for not having taken "evasive action to grip the Libor-setting process back in 2008, when problems in the market first became conspicuous. [...] The BBA asked them for help at the time but was rebuffed."[1]

According to the London-based Bureau of Investigative Journalism, the BBA's member-only publication briefly published by mistake on the internet revealed that "the BBA met a host of officials acting for government ministers, including Rohan Silva, special adviser to the prime minister; Giles Wilkes, Vince Cable’s special adviser; Steve Hilton, the recently departed Conservative director of strategy; and Norman Lamb, Nick Clegg’s then chief political adviser." None of these meetings has to be recorded on official public registers, meaning that "despite the government’s attempts to ‘shine a light of transparency’ on the lobbying industry, many meetings where the BBA could exert influence over policy are happening under the radar and the public is unlikely ever to know what was discussed". [5]

The BBA has close ties with the Conservatives. "The current trade minister Lord Green was the BBA’s chairman until September 2010, while outgoing BBA chief executive Angela Knight was previously economic secretary to the Treasury under John Major. [...] Lady Noakes, a Conservative peer, hosted the 2011 reception."[5]

The Bureau also highlighted how in 2006, 2008, 2009 and 2010 the BBA persuaded former Treasury select committee chairman and Labour MP John McFall (now Lord McFall), to host its annual parliamentary reception on the House of Lords terrace.[5]

Representation in the European Commission

John Everett (head of operational tax compliance at HSBC Holdings Plc) and Mark Gilmartin (director of Barclays Capital) represent the British Bankers Association on the European Commission's Expert Group on automatic exchange of financial account information. The aim of the group is to assist the EU member states on tax laws and collecting the full amount of tax owed to them.[6]

BBA have 15 lobbyists working on EU issues with 2 of these holding European Parliament passes, allowing the bearer virtually unlimited access to the Parliament's buildings.[18]