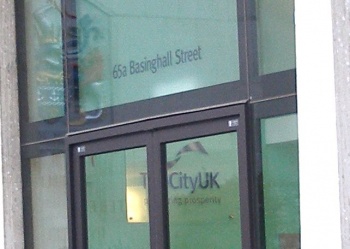 TheCityUK is a financial services lobbying group. Its aim is 'to make the UK the best place in the world to establish and grow a financial services business and, in turn, to maximise the sector's contribution to the UK.' Its advisory council includes Sir Win Bischoff, Chairman of Lloyds Banking Group and London Lord Mayor Boris Johnson. [1]

Outlining the importance of a sector that employs over 1 million people or 1 in every 10 of the working population, TheCityUK says its "senior team regularly engages with regulators and policymakers at home and overseas, ensuring the sector's views are represented at the highest levels". [1]

It claims to be "independent and politically neutral".[1] 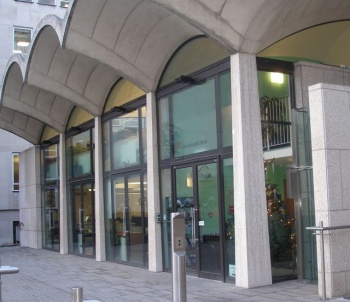 TheCityUK hired a Washington-based lobbying firm, Eris Group in autumn 2017 'for matters related to the Brexit as well as US-UK trade policies'. The firm is set to lobby in Washington on 'foreign trade policies'. Eris Group's Doyle Bartlett, Chris McCannell will work on the account.[2]

“The purpose of the lunch”, according to a letter from Boris Johnson dated 21 December 2009, “is to discuss threats to London's competitiveness as a global financial centre”, as well as “to hear your concerns and suggestions, and to reassure you that we remain committed to doing all we can to ensure London retains its position.”[3]

Days before the lunch, Johnson had written to Goldman's Chair and CEO, Lloyd Blankfein, to restate his support for the City: “I will strongly defend London's financial services industry against the threats of punitive taxation and new burdensome EU regulations”, he wrote.[3]

Against the Financial Transactions Tax

The CityUK has lobbied heavily against Europe's proposed Financial Transactions Tax (FTT). In February 2012 chief executive Chris Cummings commented that a FTT would hinder growth, increase costs for consumers and hit pension savers. It would not result in an increased 'tax take' for governments because hedge funds would look elsewhere to invest:

A FTT will hinder UK and European competitiveness at a time when we need to do all we can to stimulate economic growth. The lion’s share of independent analysis shows that a FTT would increase costs for both industry and consumers, without adding to the tax take.

If we’re not careful, we’re in real danger of creating a 'lose-lose' situation: the public finds their weekly shopping more expensive and their pensions lower – and the politicians won't have the extra tax income they were banking on. When Sweden introduced a similar tax in the 1980’s, bond trading became so expensive that virtually all the business flowed elsewhere.

Ultimately industry and policymakers need to work together to protect European competitiveness. A FTT risks penalising savers, undermining industry and reducing the European tax take – a result that is in no-one’s best interest.” [4]