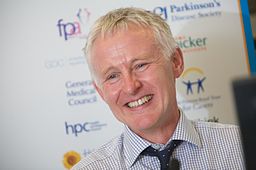 Norman Lamb has been the Liberal Democrats MP for North Norfolk since 2001. In the 2015 general election, Lamb retained his seat with a majority of 4,043. [1]

Between 2006 and 2010 Lamb was the Liberal Democrat shadow secretary of state for health.[2]

He was appointed as minister of state for the Department of Health in September 2012. Lamb was the minister responsible for care and support at the DOH.

In May 2015 Lamb announced that he will be standing for the Liberal Democrats leadership contest, [3] but lost to Tim Farron by 13 percent of the vote.[4]

Having left his post as Minister for Care and Support for the Department of Health after the general election, Mr Lamb sought the advice of ACOBA regarding a new role as Chair of the Mental Health Commission of the West Midlands Combined Authority, although the appointment was announced before advice was sought. He took up the role in January 2016 despite this. [5]

Mr Lamb also sought the advice of ACOBA regarding a unpaid position as Board Member of Think Ahead, a programme designed to attract and train up mental health social workers. Providing that he did not utilise any privileged information he had access to during his time in government and that he serve a 2 year lobbying ban, the committee advised that he took up the position, and he did so in March 2016. [6]

In April 2016, Mr Lamb turned to ACOBA again regarding a role as a member of the advisory board to the Money and Mental Health Policy Institute, a charity organisation that will conduct research and develop policy proposals to improve the lives of those suffering with mental health conditions and financial problems. The committee advised that Mr Lamb observe the conditions of not employing any privileged knowledge from his time in government and that he serve a 2 year lobbying ban from his last day in office, and he took up the role in May 2016. [7]

Previously Lamb worked for Norwich City Council as a senior assistant solicitor before joining Norfolk solicitors Steele and Co, where he became a partner and head of the firm’s specialist Employment Unit.

He was educated at Wymondham College, Norfolk and the University of Leicester, where he studied law.

Norwich based property company, Targetfollow and its founder, Ardeshir Naghshineh, are backing Lamb by donating thousands of pounds.

Before becoming a donor, Targetfollow avoided going into administration after seeking the help of Norfolk MPs, who helped secure more time for the company.

Lamb said: 'All donations to my campaign are given by people who want to help me do my work in North Norfolk and nationally. It’s very costly to employ staff and communicate with people.'

During the 2010 General Election, the Liberal Democrats called for £10,000 cap on party donations, however Lamb claims the Conservatives would not give up 'the big money donations from wealth individuals and big business' and Labour 'refused to give up the large donations from their trade union backers'.

He also added that his party did not rely on the financial support of big vested interests, such as wealthy City banks or the unions.[9]