The United Jewish Israel Appeal (UJIA) is 'Britain's major fundraising organization for Israel'.[1] It is the British branch of Keren Hayesod - United Israel Appeal, one of the three 'national institutions' in Israel.

Michael Levy who was the chief fundraiser for Tony Blair during his time as Labour Party leader and Prime Minister has been a key figure in the UJIA.[2] In 1994 the UJIA offices in London were bombed as well as the Israeli embassy following the signature of a peace agreement between Israel and Jordan.[3]

In 1998 Tony Blair, then UK Prime Minister, launched a British-Israeli youth exhange program on a visit to Israel which coincided with the 50th anniversary of Israel. The grants were named 'UJIA-Blair Fellowships'.[4] The program was designed to bring 'British youngsters completing high school to work here [Israel] in development towns, on kibbutzim, and to learn about the IDF and other elements of Israeli society'.[5]

The UJIA fundraising dinner of 1998 was addressed by Israeli Prime Minister Binyamin Netanyahu. In the same week of Netanyahu's address he met with then Prime Minister Tony Blair and foreign secretary Robin Cook. The previous week the two countries signed a 'memorandum of understanding' aimed at creating greater military co-operation through 'joint research in defense technologies and information exchanges'.[6]

In 2002 the UJIA held a fundraising auction hosted by footballer turned actor Vinnie Jones. A range of football shirts were auctioned off including those of English Premiership footballers Michael Owen and David Beckham. One auction winner paid £40,000 to spend Christmas with Vinnie Jones.[7]

In 2002 the UJIA held a dinner at the Hilton hotel in Glasgow where the guest speaker was Shaul Mofaz, the former Israeli army chief of staff.[8] Mofaz also spoke at events in Leeds and Liverpool.[9] All of these events attracted protests because of Mofaz's role in 'Operation Defensive Shield' where 'Israeli forces invaded the West Bank and occupied and sealed off the Palestinian towns of Jenin and Ramallah'.[10]

The Lord Provost of Glasgow, Alex Mosson described Mofaz's visit as a 'shameful stain on the city's reputation' because 'General Mofaz was in charge during some of the most horrendous military attacks on Palestinian civilians; men, women, and children' he denied that Glasgow City Council had any involvement in arranging the event and argued that the sole organisers had been the UJIA.[11]

In 2003 former New York Mayor Rudolph Giuliani visitied Bolton in a trip arranged by the UJIA. The main point of his talk was to increase support for the pending invasion of Iraq. In order to do this he warned that he 'shared President George W Bush's concern that Saddam (Hussein) had weapons of mass destruction'.[12]

In 2004 former U.S. talk show host Jerry Springer was invited by the UJIA to be guest speaker at their annual fundraising dinner. Springer was criticised for being an inappropriate choice of guest speaker.[13]

In 2005 Shimon Peres set up a fund and recruting initiative to attract investors interested in developing Gallilee. The fund was headed by UJIA president Brian Kerner. Peres described 'developing the Galilee and Negev' as 'the most important Zionist goal of the 2000s'.[14]

In 2008, David Miliband was a guest of honour and host at the Annual UJIA Partons Dinner. The event took place at the Foreign Office where Miliband welcomed 160 UJIA members. Miliband was introduced by UJIA President Trevor Chinn. At the dinner, Chinn 'recalled the time they spent together in Israel visiting Gap Year students' (during Miliband's first year as foreign secretary), he also described Milliband as a "clever and courageous Foreign Secretary.”

Miliband is reported to have said that it was “a privilege to be amongst friends”. In his speach he described the UJIA as “an organisation with an inclusive vision of Zionism” that the 'whole of Britain' can take inspiration from. He described the organiation as not being "scared to put itself in danger and teaches us that it is Israel which breathes new life into Jewish people".

Miliband also divulged that he had hosted the Foreign Office’s first Chanukah party in December 2007.

In giving thanks, UJIA Chairman Mick Davis spoke of his belief that 'Jewish identity is a healthy way of acknowledging Israel and is a legacy Jewish parents must leave their children'. In concluding he stated that these are needs that must be met “today, tomorrow and forever.”[15] The meeting was attended by controversial Labour Party donor David Martin Abrahams.[16]

On a visit to Israel in 2008 Prime Minister Gordon Brown signed an agreement with Israeli Prime Minister Ehud Olmert to develop a Britain-Israel Research and Academic Exchange Partnership (BIRAX).[17] UJIA helped to kickstart the initiative with a donation of £200,000.[18] Mike Cushman of the London School of Economics argued that Universities should avoid the scheme, saying:

'Much of the finance for these partnerships is clearly coming from parts of the private and voluntary sectors that are allied to Israel ... We are urging our colleagues not to touch any of this funding with a bargepole. It is blood money and they should recognise it as such'.[19]

Cushman's comments were made in the context of the academic boycott of Israel which played a role in the devlopment of the Birax scheme according to Professor David Newman of Ben Gurion University. Newman who had been involved in planning the program from the beginning argued that the program 'has a great deal to do with the boycott' adding:

'Because of the ongoing discussion of boycotts the British government decided that the most appropriate response was to strengthen research ties'.[20]

Prime Minister Gordon Brown addressed the UJIA 2008 appeal dinner where he delivered a speech on the subject of irresponsibility in the financial system. Brown argued that 'When risk-taking crosses the line between the responsible entrepreneurship we want to celebrate and irresponsible risk-taking then we have to take action to ensure that markets work in the public interest to reflect shared values'[21]

Brown also used the dinner as a platform to make clear that his Government 'would oppose any boycott of Israeli goods or Israeli academics'.[22] 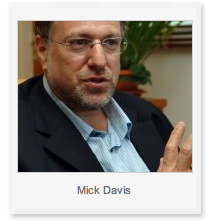 Mick Davis former CEO of Xstrata, UJIA Honorary President and former Chairman (until 2012) and a member of the Jewish Leadership Council (JLC). Screengrab from UJIA Mick Davis. Retrieved from the Internet Archive of 2 October 2008 on 13 February 2014 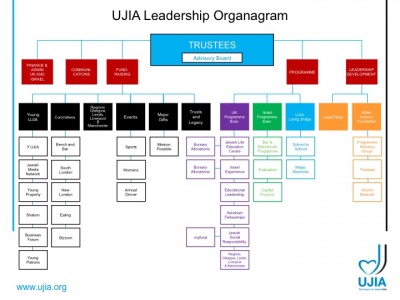 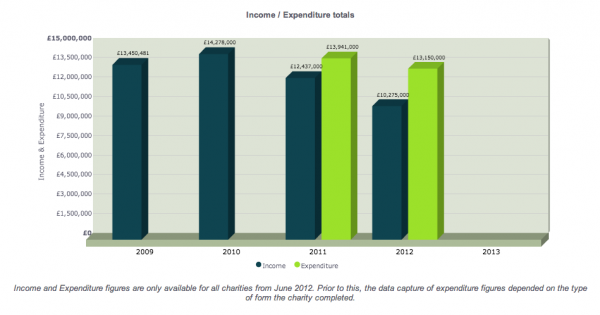 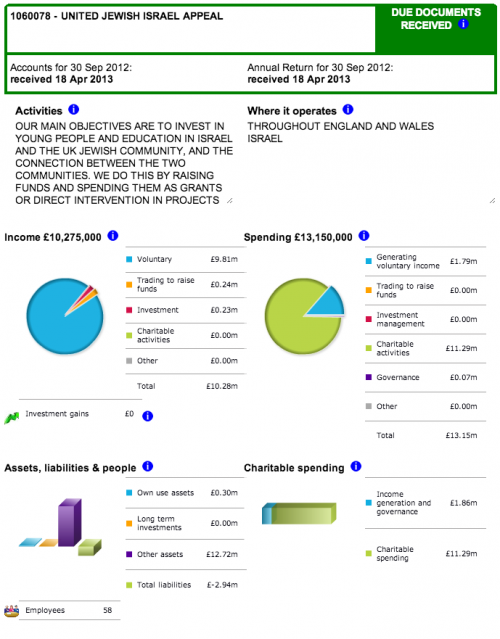 Companies associated with the UJIA

In November 2003 Secretary of State for Defence, Geoff Hoon gave a speech to the United Jewish Israel Appeal. In his speech he declared that he is a 'strong supporter' of Labour Friends of Israel and a good friend of Trevor Chinn[35].