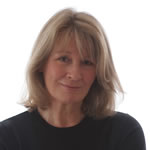 Kathryn Julia Gyngell (née Rowan) (born 7 April 1950), known as Kathy, is a former television producer turned right-wing operative. She is the widow of Thatcher's favourite broadcaster Bruce Gyngell. She is currently a research fellow of the Centre for Policy Studies.

Gyngell studied a degree in social anthropology from Cambridge University and an M.Phil in sociology at Oxford. [1] She subsequent worked as a Research Fellow at the Centre for Television Research at Leeds University [2] where she worked under the US born media academic Jay Blumler. [3]

Gyngell later worked at the Features and Current Affairs Department at LWT before being appointed a Features Editor at TV-am. [4] In 1986 she married TV-am's managing director Bruce Gyngell. [5]

After the birth of their second child in the late 1980s, Gyngell left her job at TV-am to work as a full time mother. She spent several years in Australia and on her return to London co-founded the Full Time Mothers Association, to raise consciousness about motherhood as 'a skilled job for intelligent women'. [6]

During the 1990s Gyngell wrote several letters to The Times, mainly relating to parenting and 'family values'. In November 1999 she wrote a letter referring to media attacks on Jeffrey Archer and Michael Ancram and complaining that, 'sleaze seems to be real sleaze only if it can be stuck to the Conservative Party.' [7]

In July 1999 she co-founded a right-wing media monitoring company called Minotaur Media Tracking with David Keighley, a family friend and formerly director of corporate affairs at TV-am. [8] Minotaur Media Tracking produced a number of reports for the Eurosceptic think-tank Global Britain and the Centre for Policy Studies. The great majority of these reports alleged a bias in favour of EU integration in the UK media (particularly the BBC) and several alleged a broader bias against right-wing politics and the Conservative Party. The company was co-owned and directed by Gyngell and Keighley. [9]

Minotaur Media Tracking was dissolved in 2006 and superseded by Newswatch. Gyngell is listed was one of four team members on the company website, [10] but was not listed in its Annual Returns as a director or shareholder. [11] Newswatch filed an application for striking-off on 2 September 2009 and was dissolved on 29 December that year. [12]

Around the same time Minotaur Media Tracking was dissolved, Gyngell became involved in other political campaigning. In June 2006 the Centre for Policy Studies published a report on 'inner city youth' which she co-authored with the East London youth worker Ray Lewis. Gyngell was referred to in the report as, 'the Chairman of the Addiction Working Group of the Social Justice Policy Group' - the Tory think-tank set up by Iain Duncan Smith. [13] She was subsequently appointed a research fellow at the Centre for Policy Studies. [14]

Gyngell's co-author on the 'inner city youth' report (Latchkey to Leadership) was later appointed an advisor to the Conservative London mayor Boris Johnson, but resigned after it was revealed he had previously been accused of sexual misconduct and financial impropriety involving church parishioners when he was a vicar. [15]