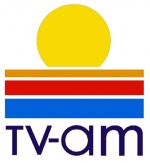 TV-am was an ITV breakfast television franchise that broadcast from February 1983 to December 1992.

It was intially headed by Peter Jay, a prominent neoliberal ideologue who was close to the future BBC Director-General John Birt. Together Jay and Birt had developed a critique of television which came to be known as the ‘mission to explain’ which became the philosophy of the new company. [1]

However, in 1983 Jay was forced to resign amid criticisms of his management style [2] and the future BBC Director-General Greg Dyke was subsequently brought in as Editor-in-Chief. Dyke is often reported to have saved the station by bringing it 'downmarket', [3] but according to TV-am's former head of PR, Dyke restored a popular following but not sufficient advertising revenue:

After the sacking of the founder "famous five" presenters (Anna Ford, David Frost, Robert Kee, Michael Parkinson and Angela Rippon), in 1983 Greg Dyke, now director-general of the BBC, but then a little-known and relatively inexperienced programme-maker, had been brought in as Editor-in-Chief to attempt to drive up ratings. He took the station resolutely downmarket, but failed to win the confidence of advertisers sufficiently and early in 1984, a year after the launch, bankruptcy was imminent.

It was at this point that the shareholders, led by the cousins Timothy and Jonathan Aitken persuaded Kerry Packer to invest £1m in TV-am for around 25 per cent of the company. Part of the deal was that he insisted that [the Australian media executive, Bruce] Gyngell should become managing director. [4]

Bruce Gyngell was 'an outspoken believer in market forces' and became 'Margaret Thatcher's favourite broadcasting executive'. [5] When Thatcher complained about ITV being the 'last bastion of restrictive practices,' Gyngell entered into an industrial dispute with his technicians, which resulting in the sacking of over 200 staff. [6] The Chicago based Museum of Broadcasting Communications gives the following account of the dispute:

The controversy surrounding Gyngell deepened when in 1987 he took on the broadcasting unions in much the same manner as his compatriot, Rupert Murdoch, had challenged the print unions. Needing to trim the coast of his regional studios, Gyngell wanted to replace workers with automated studios. The unions went on strike and for many months Gyngell and other managers ran the service, replacing local programming with a high dose of repeat imported programs. Gyngell eventually broke the strike by installing automated equipment and recruiting new, untrained staff whom he trained quickly, winning in the process a Department of Industry Award for innovations in staff development. [7]

According to Andrew Davidson, author of Under the Hammer - Greed and Glory Inside the Television Business, Gyngell's ruthlessness impressed Margaret Thatcher, and the two met in autumn 1988 and October 1989 to discuss government broadcasting policy. [8] Gyngell also become friendly with Brian Griffiths, head of Thatcher's economic think-tank, who was co-ordinating the Government's strategy on broadcasting reform. In 1988 Griffiths invited Gyngell to chair his charity, Cities in Schools and from then on its board met monthly in TV-am's offices. [9]