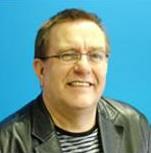 Keighley graduated from Emmanuel College, Cambridge in 1970. He trained on newspapers in the north of England before joining the BBC as a news producer and editor. He subsequently moved into PR for the corporation, and handled first the local radio and then the television news and current affairs briefs. [1]

In 1985 he joined ITV breakfast television franchise TV-am as Head of Press and Publicity after his predecessor Howell James was appointed a Special Adviser to the Thatcherite Minister David Young. [2] TV-am was then headed by the Australian TV executive Bruce Gyngell, with whom Keighley became close friends. [3] Keighley was head of corporate relations during Gyngell’s famous dispute with the broadcasting unions. Keighley wrote in 2000 that the unions ‘were the beneficiaries of antiquated agreements’ and that until then they had ‘wielded considerable power’. [4] The Chicago based Museum of Broadcasting Communications gives the following account of the dispute:

The controversy surrounding Gyngell deepened when in 1987 he took on the broadcasting unions in much the same manner as his compatriot, Rupert Murdoch, had challenged the print unions. Needing to trim the coast of his regional studios, Gyngell wanted to replace workers with automated studios. The unions went on strike and for many months Gyngell and other managers ran the service, replacing local programming with a high dose of repeat imported programs. Gyngell eventually broke the strike by installing automated equipment and recruiting new, untrained staff whom he trained quickly, winning in the process a Department of Industry Award for innovations in staff development. [5]

In July 1999 he co-founded a right-wing media monitoring company called Minotaur Media Tracking with Kathy Gyngell, a former TV-am producer and the wife of Keighley’s former boss and close friend Bruce Gyngell. [8] The company was co-owned and directed by Gyngell and Keighley. [9]

Minotaur Media Tracking produced a number of reports for the Eurosceptic think-tank Global Britain and for the Centre for Policy Studies. The great majority of these reports alleged a bias in favour of EU integration in the UK media (particularly the BBC) and several alleged a broader bias against right-wing politics and the Conservative Party. It also conducted the research for Beebwatch, a column which ran in the Daily Telegraph three times a week for two months in late 2003.

Minotaur Media Tracking filed an application to strike-off on 26 June 2006 and was dissolved on 21 November 2006. The company was superseded by Newswatch (officially Newswatch UK Ltd), which was incorporated on 6 September 2007 and co-owned and directed by Keighley and a managing consultant called Barclay Thompson. [10] Kathy Gyngell was listed as one of four team members on the company website along with Keighley, Barclay Thompson and the company’s main researcher Andrew Jubb.

Newswatch filed an application for striking-off on 2 September 2009 and was dissolved on 29 December that year. [11]