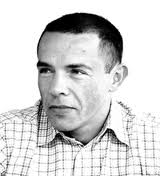 David Chandler is an academic and is associated with the libertarian anti-environmental LM network. He wrote a number of articles for Living Marxism between 1996 and 1999, was a regular contributor to Spiked from 2002 to early 2009. [1] He has contributed to a book co-edited by Chris Bickerton and Philip Cunliffe.[2] In turn, a book edited by Chandler included contributions by LM network associates Barrie Collins, Fiona Fox, Chris Gilligan, Philip Hammond, Jon Holbrook and John Pender [3] while another included a contribution by James Heartfield. [4] He has spoken at or written for the Battle of Ideas (2006 and 2007), [5] the Institute of Ideas, [6] Leeds Salon, [7] Novo Argumente [8] and WORLDwrite, [9] and is a judge of Debating Matters [10]