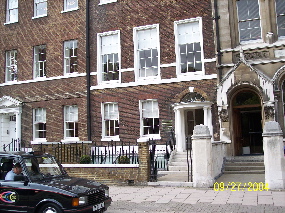 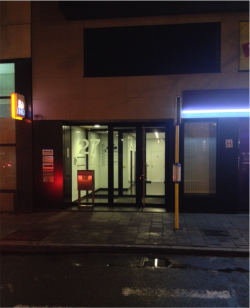 The Brunswick Group is an international PR and lobbying firm, headquartered in London. Its founder is Alan Parker, friend of former UK prime minister Gordon Brown. Brunswick specialises in financial PR, and Parker is considered to be one of the UK's leading financial PR men (alongside Roland Rudd). Its blue-chip client list is the envy of most other agencies. It is one of a handful of key financial PR agencies in the UK, including: FD, Buchanan, Citigate Dewe Rogerson, Pelham PR, Finsbury, and Maitland Consultancy.

Brunswick is seen as both a major force and an enigma - it has steadfastly declined to participate in PR Week's fee income rankings, for example, and Brunswick founder, Alan Parker, rarely grants interviews and is uncomfortable when he becomes the focus of a story. ‘It's bad manners to get between the client and the footlights,' he reportedly says.[1] It also doesn't publish a client list.

Brunswick has ranked at the top or near the top of league tables for financial communications consultancies. It advises clients on public affairs, media and investor relations, mergers and acquisitions, competition and regulatory issues, crisis management, international communications and corporate reputation.[2]

"Our team includes former senior government advisers and political campaign staff who understand the context in which decisions are taken in government, the relative influence of the stakeholders involved and can advise on the most effective communication of a client's case. We work closely with in-house government relations teams and external lobbying firms to help broaden public support for our client's position and build a better understanding of their business among their relevant government audiences."[2]

CFO Europe reports in March 2006 on its role in corporate deals:

Brunswick has long been seen as epitomising the influence-and-access game in deals circles, something that it is exporting to other centres. Notably, in 2001 Brunswick recruited as head of its US operations Steve Lipin, a former Wall Street Journal M&A reporter with a reputation for aggressively leveraging his newspaper’s franchise to get news scoops on deals. [Brunswick] has had its share of controversy over its aggressive tactics. Also in 2001, for example, a former client, Jupiter Asset Management (which had been acquired by Commerzbank), threatened to sue Brunswick after the PR firm sent a dossier to several London newspapers claiming that Jupiter was in financial trouble.[3]

Brunswick founder, Alan Parker is a close personal friend of Gordon Brown and his wife Sarah Brown. The former prime minister is godfather to one of Parker's children and Sarah used to work at Brunswick. It was Parker who recommended Stephen Carter, former Ofcom chief executive and (briefly) the chief executive of Brunswick, to be the PM's new chief of strategy. When Brown visited China and India at the beginning of 2008, he was accompanied not only by Carter but Parker as well, prompting one observer to ask - was the prime minister getting two advisers for the price of one?[4]

David Cameron, at the time leader of the UK Conservative Party and now UK PM, also attended Parker's wedding, alongside the Browns. Parker was pictured on holiday in South Africa in 2008 with Cameron[5]

Relations with the media

Brunswick and Parker have "a network of close contacts at the top of British companies and a similar network within the financial press. As an intermediary between these two networks he tries to shape perceptions of companies or business people."[9]

The significance of a financial PR to journalists is explained by David Michie in 1997:

'Even the most energetic reporters know that they have to be somewhat deferential in the presence of a powerful publicist. No one on a national beat can afford to be on the wrong side of [those who]..represent a third of the most quotable sources in the country in the more liberal British media, reporters are less deferential to anyone; but even so the same principle holds true the most important corporate spin doctors include Alan Parker, creator of Brunswick.[10]

Besides hiring senior journalists, Brunswick provides other services to media professionals as the Independent notes in 1995:

It looks like marshmallows around the camp fire in Lincoln's Inn Field for the Daily Telegraph's City office. Staff have been three-line whipped for a bit of weekend bonding on 18 November at what looks suspiciously like the offices of Brunswick, the PR agency. A mysterious memo to staff from Neil Collins, the City editor, explains: "It's an away day to discuss the future of the City Pages. Although attendance is not compulsory those of a paranoid disposition will regret not being there and the rest of us might have a good time (although some work will be done). There will be no counselling. At this stage I do not intend to answer press inquiries. . . A wise move. While they would not confirm it, the navel gaze is apparently being run by Professional Presentations, a human resources consultancy based in Brunswick's offices and run by Lucy Parker, sister of the PR agency's Alan Parker.[11]

However, Brunswick is not beloved by all financial journalists, as this City Diary entry in 2001 shows:

The phones were out of order at Brunswick - the PR company that is to the City what lint is to pockets (annoying and hard to get rid of) - for most of yesterday. Net productivity in the City soared as a result. (If anyone at Cable & Wireless fancies making £50 in return for cutting them off again, give me a call.)[12]

The Brunswick Group was founded in 1987. In 2009 it employed 440 people based in 15 offices in 11 countries. It has developed a robust international network - for instance, after establishing a strong presence in New York, Brunswick cracked the US West Coast by opening a San Francisco office and picking up clients of the calibre of Gap, Google, Sun Microsystems and Cisco.

The Brunswick Group has been through many different names and identities. Records available at companies House show that Brunswick used to be called Lincoln Research Ltd. Its name was changed to Brunswick Public Relations Limited on 6 March 1997. [13] Other companies in the group or of which Alan Parker or John Andrew Fenwick are Directors have also gone through name changes.

Former state department spokesman James Rubin was hired in a blaze of publicity by top financial PR firm Brunswick some time ago. That gave founder Alan Parker the right to brag that he had bagged one half of the world's most glamorous media couples (Rubin is married to London-based CNN correspondent Christiane Amanpour). Now rumour has it that Rubin has quietly quit, although not many people at Brunswick's Holborn HQ will have noticed. 'He was in the office about as often as Johnny Vegas is in the gym,' says a Brunswick insider. [34]

Brunswick are reluctant to advertise client details, and do not publish a list of clients. However, it's known that they represent firms below:

When businessman Charles Koppel planned to move Wimbledon Football Club to a new bigger venue in Milton Keynes the fans were infuriated and started to boycott the club. The Wimbledon Independent Supporters Assocation noted that “Mr Koppel’s reaction to the fans demands for a return to the club’s former ground at Plough Lane was to try to mobilise a few local residents into support for the Milton Keynes extravagance. A press statement by these residents rather lost its impact when all media enquiries were referred to Brunswick Public Relations, the PR firm employed by Mr Koppel.”[47]