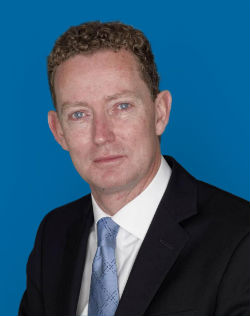 Gregory Barker is a former minister of state at the Department of Energy and Climate Change (DECC).[1] He left the government in July 2014.[2]

Barker was the Conservative MP for Bexhill & Battle from 2001 to 2015. He decided against standing in the UK general election to pursue 'new challenges outside parliament'[3] and was replaced by Huw Merriman.[4]

After leaving government in July 2014, Barker applied to the Advisory Committee on Business Appointments (ACOBA) to take up various business roles. These included setting up as an independent consultant and commissions with Ras Al Khaimah Development LLC (July 2014), non-executive director at llioss Group (July 2014), non-executive director at Dragon Harvest Group (April 2015) and non-executive director at Lightsource Renewable Energy Ltd (February 2015). These roles were all approved on the conditions he did not 'draw on privileged information available to him from his time in Government' and 'for two years from his last day in Ministerial office, he should not become personally involved in lobbying UK Government on behalf of his new employer its parent companies or its clients'.[5] [5]

A year later ACOBA approved two more roles for Barker, firstly as chairman of the international advisory board for Innasol Group Ltd providing strategic advice and thought leadership, and as director of Pond Street Capital, his own investment holding company. [6]

In February 2016, Barker was appointed to the Chair of the Global Sustainability Practice for Gyro Ltd, and advertising, communications and creative agency.[8]

Gregory Barker graduated in History, Economic History & Politics from London University in 1987 and has over ten years experience of working in the City of London. In 1988 after working at the Centre for Policy Studies with David Willetts, he trained as smaller companies analyst and subsequently became a Corporate Finance Director of the Australian owned International Pacific Securities, specializing in cross-border mergers and acquisitions.

In 1997 Gregory Barker became an Associate Partner of the leading financial public relations firm, Brunswick Group Ltd. The following year he was appointed head of International Investor Relations for Sibneft, a major Russian oil company, where he helped lead the company's drive to modernize in the post Soviet economy and open up to Western markets. He returned to Britain in May 2000, to continue as a director of Bartlett Scott Edgar, the recruitment advertising business, of which he helped lead a "management buy-in" in 1998. The company was sold to TMP Worldwide in 2001.

Barker was elected Conservative Member of Parliament for Bexhill and Battle in his native Sussex in June 2001. He served on the House of Commons Environmental Audit select committee between 2001 and 2005. He was appointed to the Opposition Front Bench as a Conservative whip in 2003. Barker was appointed Shadow Minister for Climate Change & Environment in December, 2005 and led the passage of the Climate Change Bill through the House of Commons in 2008 and was a key author of the Conservative Party's 'Low Carbon Economy' green paper, launched in January 2009. In October 2008 he was promoted to Shadow Climate Change minister in the new Shadow Department of Energy and Climate Change.

We are not subsidising nuclear power

In February 2012 Labour MP Paul Flynn tabled the question: Why do the Government move with the speed of a striking cobra when they are slashing support for essential renewable energy, but with the speed of an arthritic sloth when it comes to recognising the subsidies that will be essential for nuclear power in future?

First, we are not subsidising nuclear power. Secondly, we are introducing a very dynamic system of tariffs that I think other countries will now try to copy. I think that rather than being the slow man in Europe in renewable deployment, we shall be in the fast lane. [9]