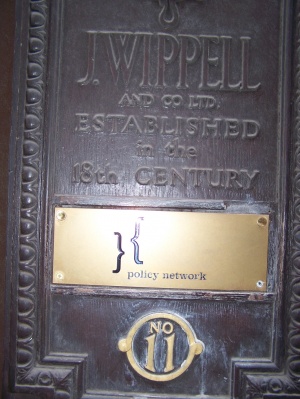 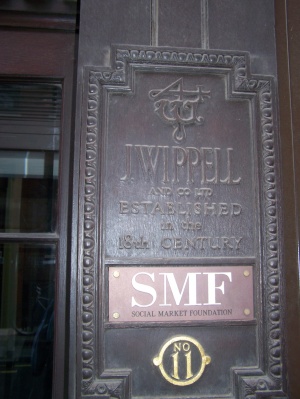 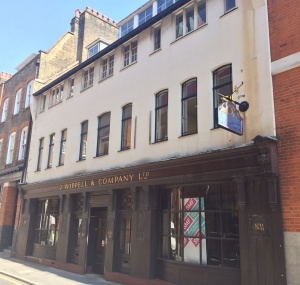 Tufton Street is in the heart of Westminster, just around the corner from the Houses of Parliament and Whitehall. It runs North to South and is bounded by Horseferry Road to the South, crosses Great Peter Street and ends at Great College Street in the North, at the corner of Dean's Yard. Marsham Street and Smith Square are parallel to the West and East respectively. Dean Trench Street runs East from Tufton St connecting with Smith Square.

Peter Walker was the founder of the Tory Reform Group (TRG) in 1975 , funded by British United Industrialists (BUI) which funded Aims of Industry, Coalition for Peace Through Security, the Economic League and Truemid [1]. The TRG’S offices (and the associated Action Centre for Europe and the European Movement) were in Tufton Street (near Lord Stevenson’s private office - though they were formerly based in Poland Street). The Centre for European Reform was at the same time at 29 Tufton Street, Westminster, which they share with the TRG, The office was also used by the Action Centre for Europe.[2] At number 11, the European Movement’s offices are nearby (with presidents: Lord Haskins, Kenneth Clarke QC MP, Neil Kinnock and Baroness Williams). The Adam Smith Institute now share Tufton Street offices with the Social Market Foundation (which Dennis Stevenson is a member of). The Centre for Policy Studies is at 57 as is Lord Harris’ The Centre for Research in Post-Communist Economies.

Here is a compilation: 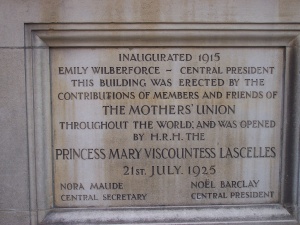 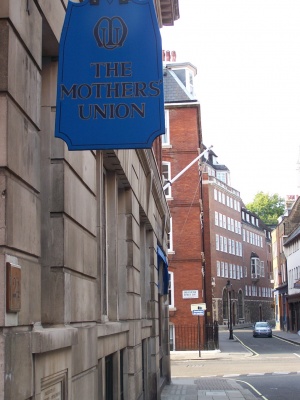 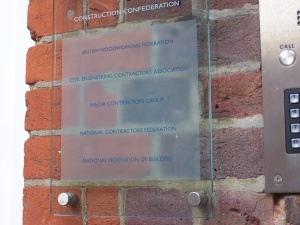 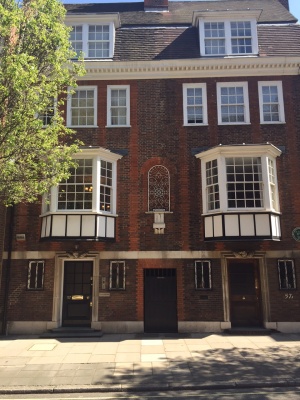 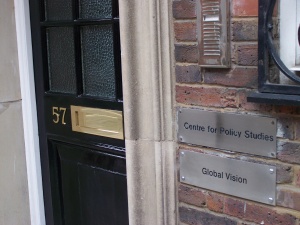 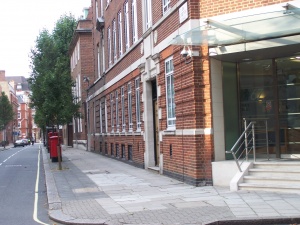 I turn left into Tufton Street, a road rich in interest. First up is Lansdale House, an original style house, with wrought iron decoration and a roof garden just visible from street level. The upper maisonette of this house, with two bedrooms, is for sale (at £555,000) which is how I know the lush-looking roof garden has an automatic watering system. Looking east down Dean Trench Street, the scene is filled by the bold and baroque St John's, once a church built by Thomas Archer in 1720s and now, after war damage and a refit, serving as a very fine music hall. Smith Square, which the church building dominates, and the streets around have original houses from the same Queen Anne and early 18th century period.

North of the junction with Dean Trench Street two plaques, one blue and one green, face each other across Tufton Street - but this is no fair face off because the blue plaque wins hands down. The green plaque commemorates the fact that the poet and pacifist Siegfred Sassoon lived in a house that used to be here. Despite the efforts of campaigners, the property in which he did live was demolished and replaced with a tasteless brick building adorned with pointless curved aluminium bars. Sassoon served in World War One and was even awarded a military cross. But, as the war progressed so did his anger against it. While still serving, he published anti-war poetry (such as 'The Old Huntsman' and 'Counterattack') which received widespread attention. It was during the height of his early celebrity, between 1919 and 1925, that he rented rooms at 54 Tufton Street from friends. Oddly, it's also a period when he published very little. Sassoon died in 1967. A ceremony unveiling the Westminster Council green plaque on the new building was held in March 2003 - during the run up to the invasion of Iraq.

The blue plaque commemorates the film maker Sir Michael Balcon who lived here, in this very house (an attractive one with a three-sided oriel) at 57a Tufton Street between 1927 and 1939 (twice as long as Sassoon was at number 54). Michael Balcon is considered one of the most important figures in British cinema. He set up Gainsborough Studios in the early 1920s, and, when it was taken over by Gaumont-British, he carried on as a production chief for both Gainsborough and Gaumont-British until 1936. During a short spell with MGM's British production unit he made several films including 'Good-bye Mr Chips' and 'The Citadel'. In 1938, he joined the famous Ealing Studios where, among many war films and comedies, the much-loved Whisky Galore was produced. There he stayed until the studios closed in 1957. Thereafter, while continuing as an independent producer, Balcon was a tireless campaigner for British films. In 1972, he retired from his post as chairman of the British Film Institute's Experimental Film Fund, and, five years later, he died. In his honour, the annual British Academy awards include a special Bafta called 'the Michael Balcon award for outstanding British contribution to cinema'. Between 1991 and 2000, it was won by Derek Jarman, Kenneth Branagh, Ken Loach, Ridley Scott/Tony Scott, Mike Leigh, Channel Four Films, Michael Roberts, Michael Kuhn, Joyce Herlihy, and Mary Selway.

A few paces north, I find another blue plaque, this one on Tufton Court, erected by the Greater London Council to commemorate Eleanor Rathbone, a pioneer of family allowance. Rathbone was born in 1872, the eighth of ten children in a Quaker family. She gained a degree in philosophy from Rathbone College, Oxford, and by her mid-20s had become a leading figure in the Women's Suffrage Society. In the year 1909 she was the first female councillor on Liverpool City Council and published 'How the Casual Labourer Lives'. Several years later she also published a second important work 'The Conditions of Widows under the Poor Law in Liverpool'. Other achievements and publications largely related to family economics followed, and, in 1929, she was elected to Parliament. Increasingly, she widened her interests to international affairs, campaigning on behalf of Indian women, Jewish refugees and against the appeasement of Hitler. During World War Two, she published 'The Case for Family Allowances', a work which was influential in the Labour Party's decision to introduce family allowance during 1945. She died a year later. (source)