From Powerbase
(Redirected from Pajamas Media)
Jump to: navigation, search 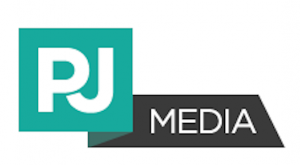 Pajamas Media (PJ) is a right-wing blog aggregator co-founded in 2005 by Charles Johnson (founder of Little Green Footballs)[1] and Roger L. Simon. After briefly changing its name to Open Source Media (OSM), it reverted to its original in November 2005.[2] According to Simon the purpose of Pajamas Media is "to give bloggers access to more advertising revenue" and "to develop a Blog News Network that will do what many bloggers fear Google will no longer do; aggregate blog posts on various topics and present them for bloggers and blog readers to peruse and search through."[3] Upon its inception Richard Silverstein pointed out that in addition to spreading mostly right-wing commentary, the owners will also profit "handsomely" by advertising to readers:

Their purpose is to persuade the visitors to all of these separate blogs to come together and spend their time at Pajamas Media buying products offered there (Dave of Israelly Cool in his diatribe against this post doesn’t seem to understand that I’m speaking of ads–so let me spell it out to ya Dave). A multi-author blog will (the founders hope) give the new site the heft needed to bring major online advertisers to the venture and pay the participants handsomely for their efforts.[4]

Prior to its launch the right-wing National Review also reported that PJ intended to replace mainstream media with citizen journalism: "If all proceeds according to plan, the eventual goal is to replace the established media sources with a network of what Johnson and Simon call "citizen-journalists."[5] In March 2009 Simon announced that he would be discontinuing "monthly stipends" to many of their bloggers due to low profit margins.[6] While the site still exhibits blogs, it has since expanded into other areas including online TV at its website, PJTV.

Johnson and Simon were encouraged by their experience of "two events that marked the growing influence of blogs on society: a blog-driven investigation into the United Nations Oil for Food scandal and another into the falsified military records cited by CBS News in coverage of President George W. Bush." [1] "[A]lready friends via their blogs, Little Green Footballs and Roger L. Simon ... as they talked to other participants in the ever-expanding blogosphere, an idea began to take shape." This eventually took the form of Pajamas Media.

In March 2009 Simon informed a PJ affiliate that they pay for advertising space that PJ planned to "wind down." This may explain the vastly reduced blogger network it now displays.

As the end of the first quarter approaches and we near the production phase of Pajamas TV, we will continue to build our emphasis in this area. As a result we have decided to wind down the Pajamas Media Blogger and advertising network effective March 31, 2009. The PJM portal and the XPressBlogs will continue as is.[8]

In operation since 2005, PJ has increased its web popularity over the years. The majority of PJ's bloggers hold right-wing political views, but PJ also includes bloggers that are considered Liberal, such as David Corn (formerly The Nation editor) and Marc Cooper (who is no longer part of the PJ network). As Cooper notes, PJ did not market itself as right-wing in the beginning, but quickly progressed in that direction over the years.[9] In 2007 Richard Silverstein discussed PJ's popularity in comparison to other sites:

Alexa ranks the site 51,000 which, while being semi-respectable doesn’t come near ranking of the liberal media news sites Huffington Post (3,000) or Talking Points Memo (21,000), the conservative Drudge Report (1,000), or the centrist Politico (12,000). But the truth is that aside from Michelle Malkin and Little Green Footballs they never attracted the big name right-wing bloggers that might’ve brought them the readers they expected.[1]

PJ's website no longer contains a dedicated list of editorial members but on its "About" page PJ lists the following people with editorial positions:[13]

Pajamas Media Editorial Advisory Board in 2005

As of October 2010 these names are listed on PJ's website with editorial positions, but no full Editorial page is open to the public anymore. As of November 23, 2005 the following names were listed as members of PJ's advisory board (the links are no longer active):

As of October 2010 PJ includes the following bloggers in its PajamasXpress section:

A 2005 list of bloggers (web archive) who had signed up with PJ prior to its March 2009 wind-down due to low profit-margins.[6]

Beginning in September 2005, Pajamas Media provided profiles of the bloggers who had signed up for its services. Among the profiles were:

In January 2009 PJ sent Joe Wurzelbacher (known as Joe the Plumber)[14] to Israel to report on Israel's Winter war on Gaza. The decision was mostly met with ridicule due to comments Wurzelbacher has made on camera that make him appear less than competent[15] including ""I think media should be abolished from reporting."[16] While blogging pro-Israel arguments during the war,[17] Simon defended his decision to send Wurzelbacher to Israel for 10 days for PJTV (PJ's online TV channel)[18] despite Wurzelbacher's lack of knowledge about the area or journalistic experience. He stated, among other things, that Wurzelbacher was a "nice enough fellow" in his defense.[19] PJ's Bob Owens also defended Wurzelbacher, arguing that war journalists don't require journalism experience and that the critical response the event received was due to fear of Wurzelbacher by the "establishment media".[20] As of Wurzelbacher was still appearing on PJTV as a commentator and reporter.[21]

There’s been lots of talk about voter fraud this election season. Already machines have purportedly preselected candidates and in other places, documents demonstrate non-citizens are registered to vote. Anyone who says voter fraud doesn’t exist has no credibility. I’ve covered elections for over 10 years. I’ve seen it over and over again with my own eyes. I’ve proved it in federal court.[22] Ironically, when asked to provide evidence of significant voter fraud, PJ's Bryan Preston had to "go back a few decades, but claimed that it was an ongoing issue."[23]

Claiming that the effort would be bipartisan, Roger L. Simon stated that PJ:

seeks to develop a network of citizen journalists/poll watchers to monitor as many polling places as possible across the nation on election day. These people would report back to us — with either video, still photos, text or some combination thereof — on cases of voter fraud, intimidation or other voting malfeasances they may encounter. We will then cover these occurrences heavily on Pajamas Media and PJTV and promote them to the media at large.[24]

But some analysts argue that PJ's campaign is parter of wider exaggerated campaign by conservative activists to "suppress Democratic turnout".[25] Former PJ media featured blogger Michelle Malkin praised PJ's campaign, alongside Fox News anchor Megyn Kelly who claimed there has been "voter fraud on a massive scale with the intention of keeping Democrats in office."[26] Conversely, Suzy Khimm indirectly commented on Malkin's emphasis on the policing aspect, arguing that "to fight voter fraud conservative groups are instructing activists to use aggressive—and legally dubious—tactics at the polls."[27] Kimm's Mother Jones report included PJ's campaign as an example.

A onetime trustee of the hawkish Washington Institute for Near East Policy, Chernick led the effort to pull together $3.5 million in venture capital to start Pajamas Media, a conservative blog network that made its name partly with hawkish pro-Israel commentary and of late has kept up a steady stream of anti-mosque postings, including one rebutting attacks by CAIR against Spencer — who Pajamas Media CEO Roger Simon called “one of the ideological point men in the global war on terror.”[28]

While PJ initially began with a business model that included profiting from advertising commissions made from paid bloggers that they aggregated on their website, in March 2009 co-founder Roger L. Simon announced that they would be letting go many of their bloggers due to low profit margins:

Actually that part of our business has been losing money from the beginning, so the people getting their quarterly checks from PJM were getting a form of stipend from us in the hopes that advertisers would start to cotton to blogs and we could possibly make a profit. Didn't happen. No wonder those people are kicking and screaming now that they are off the dole.[6]

Pajamas Media is listed as one of the four 'favorite' media sources by the neoconservative Foundation for the Defense of Democracies along with Steve Emerson's Counterterrorism Blog, William Kristol's Weekly Standard and National Review Online.