From Powerbase
(Redirected from Steve Emerson)
Jump to: navigation, search 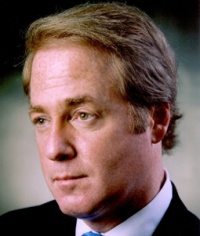 Steven Abram Emerson is a former freelance journalist turned antiterrorism expert who began making a name for himself in the mid-1990s as one of the key promoters of the idea that Islamic terrorists were actively operating on American soil.

In January 2015 Emerson earned international ridicule, including from UK prime minister David Cameron, for claiming that Birmingham in the UK was a 'no-go zone' for non-Muslims.

Although Emerson has been repeatedly criticized for producing faulty analyses and having a distinctly anti-Islamic agenda, he has long been a frequent guest commentator on Fox News, MSNBC, and other US national news programmes, and has often been invited to give testimony to Congress about purported threats from terrorists operating domestically.

The American Spectator commented in a profile of Emerson that 'Steve Emerson is to the media what Richard Clarke [a former US government advisor on terrorism turned media pundit and security consultant] was to the government'.[1]

According to Jason Trahan, writing for the Dallas News Crime Blog:

The terrorism expert's message... is that radical Islamists are feverishly working inside the U.S. to undermine the Constitution and replace it with Shariah, or Islamic law.

According to Emerson, violent overthrow is not their aim. Instead, he says, their strategy is a type of "legal jihad," which includes groups such as the Council on American-Islamic Relations and the Islamic Society of North America... hiding behind free speech protections to spread their Islamist agenda.[2]

In October 2010 The Tennessean reported that in 2008, Emerson’s nonprofit Investigative Project on Terrorism 'paid $3,390,000 to [Emerson’s for-profit firm] SAE Productions for "management services" ' whilst 'Emerson is SAE’s sole officer.' It quoted Ken Berger, president of Charity Navigator, saying, 'basically, you have a nonprofit acting as a front organization, and all that money going to a for-profit [...] It’s wrong. This is off the charts.' [3]

Claim that 'at least 30% of Muslims support jihad'

In a September 2011 radio interview on the Truth That Transforms with Jerry Newcome show, Emerson said that 'at least 30% to 40% [of Muslims] support cultural jihad. That is, at least, they support the notion that it’s okay to blow up a bus of Israelis, it’s okay to bomb the World Trade Center, it’s okay to impose the Shariah, the code of Islamic law, it’s okay to beat women or wives as part of Shariah.' Emerson was therefore essentially claiming that 480 million to 640 million Muslims 'support' Islamist terrorism; numbers that were, according to several serious polls, massively blown. [4]

In January 2015, appearing on Fox News just after the Charlie Hebdo attacks, Emerson spread the idea of 'no-go zones', by saying:

'Throughout Europe, Sean [Hannity, the presenter], you have no-go zones. … This goes on in Belgium, this goes on in Sweden, in France, it goes on it Italy, it goes on throughout Europe. So there are no-go zones. [..]These are semi-autonomous countries within countries, in which the federal governments there have basically surrendered their autonomy, surrendered their authority.' [3]

Of Britain, he said:

In Britain, it’s not just no-go zones, there are actual cities like Birmingham that are totally Muslim where non-Muslims just simply don’t go in. And, parts of London, there are actually Muslim religious police that actually beat and actually wound seriously anyone who doesn’t dress according to religious Muslim attire.[5]

In the same interview, he asserted that Department of Homeland Security officers in overseas U.S. embassies have 'been told to look away' when foreign visa applicants had ties to 'Islamist terrorist' organisations ('even to ISIS'), and have essentially been forced to allow them entry into to the territory. 'I can tell you that personally,' Emerson said, even though he did not show any evidence. [3]

As a result of these comments, Emerson and Fox News became the subject of ridicule on Twitter, with users posting sarcastic 'information' about Birmingham, the UK and Muslims under the hashtag #FoxNewsFacts[6]. The UK Prime Minister David Cameron also commented that Emerson was 'clearly a complete idiot'. Emerson apologised for the error[7].

Other blunders... including claims that Islamic extremists carried out Oklahoma bombing

Similarly, after Paris-bound TWA Flight 800 exploded off Long Island in July 1996, Emerson said in media statements he was “confident” and had “no doubt whatsoever” that the plane was brought down by a bomb and suggested to Reuters that it could be the work of “the permanent floating [Islamic] military international.” But after a painstaking investigation involving dredging up the aircraft, piece by piece by piece, from the sea floor, the FBI and FAA ascribed the explosion not to a bomb or a missile but to an accidental electrical spark that ignited fumes in an empty fuel tank.[10]

In an extended profile in the Washington Post, John Mintz reported:

People invited to the Washington-area office of terrorism expert Steven Emerson say he sets one condition: They must swear never to reveal its location. Some visitors have been blindfolded as they're driven to his headquarters, where the masks are removed to reveal a warren of rooms piled high with dossiers, transcripts and videotapes, they say. The people who work there call it "the bat cave." [14]

During the 1990s the former Israeli intelligence commander Yigal Carmon stayed at Emerson's Washington apartment on trips to lobby Congress against Middle East peace initiatives. An Associated Press reporter who has dealt with Emerson and Carmon says: "I have no doubt these guys are working together."[15]

While Emerson maintains close ties to the Israeli intelligence and Jewish organizations in the US, he has been curiously sensitive about revealing what religion he is (his associates told the Washington Post he is Jewish).[16]

Emerson promoted his film 'Jihad in America: The Grand Deception' in a September 2012 Fox News interview, saying it 'show[ed] the extensive collaboration between the Obama administration and the Muslim Brotherhood in the United States. It’s pretty shocking.' He continued: 'I think Mr. Obama is not necessarily a Muslim, I don’t believe that; I think he’s pro-Islamist.' [3]

According to Robert I. Friedman of The Nation:

Prior to its airing on PBS, Emerson screened Jihad in America for officials at the New York headquarters of a major national Jewish organization. He wanted their public endorsement of the film to increase pressure on Clinton for tougher laws to combat Arab terror. While the Jewish leaders weren't shy about using the film to press Clinton for laws to increase federal police powers, they didn't want to be publicly identified with the video, for fear of harming "intergroup relations," according to one official. "People were concerned then and now that it looked like all Arabs are blamed for a very small portion of Muslim fundamentalists who engage in terrorism, that it pointed the finger at the entire Arab community, that it made generalizations."

The Israeli government was less concerned about stereotyping Arabs. Emerson gave a sneak preview for Israeli officials in Washington, who had long complained that Hamas was being run from bases in America. Emerson's film not only helped them press their case with the Administration--that Islam is our common enemy--but it also helped to rehabilitate Emerson with the Labor government. Labor was angry with Emerson for helping Likud undermine the peace process. Yossi Ben-Aharon, Yoram Ettinger and Yigal Carmon are former high-ranking Likud government officials whom Prime Minister Yitzhak Rabin dubbed the Gang of Three after the trio started lobbying Capitol Hill against the Israeli-P.L.O. accord and against sending U.S. peacekeepers to the Golan Heights "in order to undermine any chance for peace with Syria," says a prominent Israeli journalist. Carmon, who was Likud Prime Minister Yitzhak Shamir's adviser on terrorism, and Ettinger, who was Likud leader Benjamin Netanyahu's man in the Israeli Embassy, stay in Emerson's apartment on their frequent visits to Washington. Carmon was credited as an adviser on Emerson's documentary.[17]