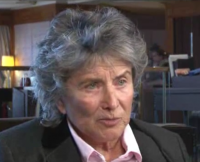 The International Center for Western Values (ICWV) describes its own mission as 'exposing and fighting antidemocratic ideologies'.[1] It is based in Amsterdam, the Netherlands,[2] and appears to promote the pro-Israel, anti-Muslim ideas of two of its key figures, Bat Ye'or and Hans Jansen. 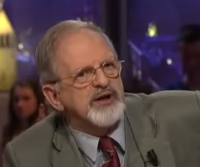 The ICWV describes itself as 'an independent, nonprofit, nonpartisan organization' dedicated to:

Its website states that the organisation 'is primarily concerned with developments within Western societies,' but has 'partners, correspondents, and collaborators' based 'all over Europe, in the US, and in Israel'. It claims to 'initiate' and 'co-create' books which are 'distributed globally' but in terms of 'organizing conferences, oral presentations, and lectures' states that 'our operations are confined to mainland Europe and the UK'.[2]

ICWV produces videos for Youtube[3] and its website cross-posts articles from pro-Israel and anti-Muslim websites such as Arutz Sheva, The Gatestone Institute and the Times of Israel.

ICWV states it has and will organise 'debates' on topics such as 'the place of Islam in Western societies' and 'the rising demonization of Israel'.

'International Board of Advisers'

'Our Team and Partners'

The ICWV accepts donations via PayPal, cheque or directly into its bank account. Its donation page is accompanied by the message:

'Our commitment to Europe's Judeo-Christian heritage, and our unwavering support for the State of Israel, complicates our fundraising efforts on a highly secularized European continent that denies its spiritual roots and increasingly questions Israel's right to exist.'[1]

ICWV is a non-profit organization ('stichting') under Dutch law, (Amsterdam Chamber of Commerce #56660995, full name: 'International Center for Western Values Stichting').[2] It has been granted 'ANBI status' in the Netherlands, the Dutch equivalent of being a 501 (c) 3 organization in the US, meaning donations to ICWV are often tax deductible but only when made under the Dutch tax code.[7]